Chewbacca was played by Peter Mayhew, who donned the suit in all three classic Star Wars movies and would again wear the Wookiee wool for a number of notable television apperances. In 1978, Chewbacca returned to Kashyyyk to visit his family in the rarely-seen “Star Wars Holiday Special” television extravaganza. The heavily dated artifact of the late ’70s has only aired once, and is unlikely to ever surface again. (emphasis added)

“Unlikely” is profound understatement, assuming you go through official channels.

That Lucasfilm will not let you see or sell you a copy of the thing should tell you something. They apparently have the stomach to sell you a Darth Vader Sprinkler and even Darth Vader Cheezits, but the Star Wars Christmas Special is practically an _unperson_ in the Star Wars Merchandising Cavalcade.

when I was a kid I had this book that was about Chewbacca’s home planet (kashi?) it was a swamp planet at the bottom and trees above. Chewie had a wife and a son named lumpy who went into the swamp and was attacked by some sort of critters, and then Chewie saves him. I think this must have been based off this special because it was utter nonsense.

Oh man, I caught a clip of it online recently and watched just a short bit of it, as much as I could stomach. Chewie was some kind of Archie Bunker or something, the little Chewie Mini-Me was whining about not wanting to go to bed, it was like Silver Spoons with caveman grunts only… disastrous.

Those longer names belong to the Star Wars databank, which tarts up “Malla, Lumpy, and Itchy” to sound more “official.”

And Al, I had never considered a Ricky Schroeder/Star Wars connection, but it is indeed a small world.

Though maybe the Christmas Special was never meant for kids. One segment has Art Carney hooking up Itchy with a Virtual Reality rig featuring a pornographically purring Diahann Carroll.

Add Bea Arthur, and I think you’re starting to feel me dog. This thing is great, terrifying, and awful all at the same time. If I consumed drugs, it would be something to accompany _them_. 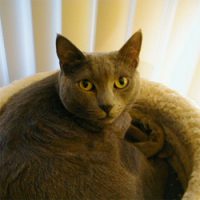