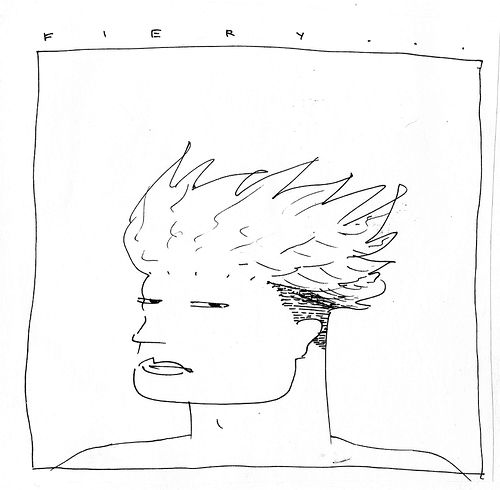 I mentioned before always seeming to draw the same hair on these women / girls. Here’s a morose-looking woman. She sure is androgynous. Much more androgynous than I remember. At the time I was inspired by the work of Patrick Nagel. His work involved beautiful women, rendered in a graphically austere way. I _think_ I aspired to doing work like this. Though looking at his work now, the feeling I get to the work is detachment, ennui, and coldness. I suppose those were points in their favor to my teen self. These days I prefer a bit more _joie de vivre_ in the art I like. Well, at least the art depicting beautiful women.

About the drawing: people would often ask me, then, “who is this” — the answer then, as now, is “it’s not any one.”

There’s an impression people have that drawings must be of someone in particular, that they must have a subject that they can link to to in the real world. In truth, the muse was inside my head, and the drawings were not based on anyone.

I believe I was taking a drawing class at the time of this paricular drawing, but it concerned itself with still-lives: fruit and baskets and vases. I have never taken a figure drawing class, and I suppose the naïvté about the human body shows that.

I don’t have a burning desire to take a proper figure drawing class, but I suppose it’s something I want to do more of. I think the beauty of that is that is that all I really need to do to _do_ that is get a pencil and a pad and just go out and start drawing.

Last year, or perhaps the year before, I picked up a nude drawing reference at Comic Con. Con is coming up, by the way. I may go, but just for Saturday. I have other priorities these days. If there were a way to do it for all four days and not have it impact work, I would do so. However, I want to save my vacation days for some San Diego time in August, when my family will be in town. I also want to save some for the Holidays as well.

I did some scanning of some objects into my flickr account yesterday. These are objects about which I want to write more.

Time to start the day. Be well.

Joe Crawford wrote this Wednesday July 6th 2005 at 9:14am That was 16 years ago. The Date Leave a comment tags→ drawings memories 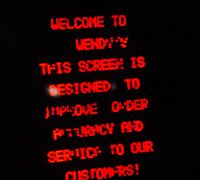 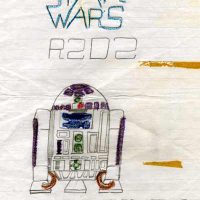