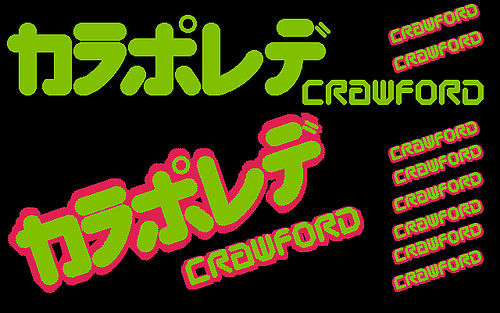 I was fascinated by Japan as a teenager. Everyone seemed to think they’d buy everything up and kick everyone’s ass. So I played around with learning the Katakana and Hiragana script. I’ve forgotten it all, but this looks like it could be a sign on the Ginza to me. The type is not a font, but drawing with the native DPaint II tools. Very nice tools to draw to a grid. I like it better than the way PhotoShop does grids, though PShop does have guides, which I would have loved on the Amiga.

The colors are even Japanese – garish, but pretty.

I still love Japanese things, though I’m a bit more moderate about it.

Also, my Amiga Pictures 1986-1991 got linked to by Matt Haughey, so now some people are looking at my stuff and bookmarking it in del.icio.us.

I wanted to, as a batch, change the Creative Commons licenses for the set. Is that possible? I didn’t see it in Organizr.

Joe Crawford wrote this Friday July 15th 2005 at 10:20am That was 15 years ago. The Date 12 comments tags→ drawings japan memories

all i want to know is what is loves in Japanese. It happens to be one of my friends names.

Hi Tanya – probably you need a translation site for that. Try a search for Japanese Translations.

may i know my name in japanese?coz i need a name for my baby girl.

I think you can use the tutorials here and break up your name like this:

what is the meaning of my name in japanise?

Sorry Erika, I don’t know. I bet there are other sites where you can look that up. I’m not an expert on Japanese, unfortunately.

i want to know

i love the colors! “crawford” would be more like クロフォード (kurofodo) and less like カラポレデ (karaporede, which phonetically sounds like ka-rah-poe-ay-day) though, just going by pronounciation. sorry, i don’t mean to storm here sounding like a know-it-all! i really do like this piece. but just in case a situation should come up where you need to write your name correctly in japanese… now you know 😉

I appreciate the feedback! I fell in love with Japanese characters (without understanding them at all) when I lived in the Philippines as a kid, and much of the animation and comics were from Japan — toys, robots, comics, pen cases, the lot, particularly Voltes V (ボルテスＶ, says wikipedia). I took a shot at writing them as a teenager though without Google I could only go so far. 🙂 Thanks Ash! 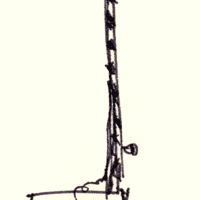