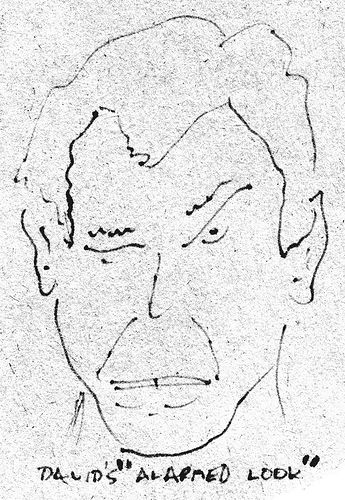 I had particular wants when I was a teenager. For example, at Christmastime I would ask very specifically that any t-shirts bought for me have no logos whatsoever. I still prefer blank t-shirts. Though the kids recently had the totally original idea of getting me a “Joe Cool” T-Shirt. Dude, I would so accept a Joe Cool t-shirt from my stepkids.

Anyway, one gift I got was a workbench. It was assembled by my paternal grandfather with screws. It was phenomenally awesome for me. I would draw on it, paint on it, overspray on it, experiment with fire and glue and paint and ink and carving and stencils (not all at the same time) on it. It was like having a garage in my room.

Well, David Letterman, with his “Late Night With David Letterman” show was a godsend to me. I stayed up far too late and watched Dave. This usually caused me to wake up late. But Dave was funny. Late Night was dadaist, silly, ironic, observant genius. There was no equal. I still have a large collection of Dave-oribilia that I keep meaning to auction off on eBay. It’s mostly magazines and such, but they’re lovingly preserved out in that garage.

Anyway, this drawing was a quickie. Dave would do this as kind of a “take” after a gag. I called it his “Alarmed Look” and after he did it a few times I drew it on some paper I had lying around. And somehow, over the course of 20 years, I managed to hold onto it.

I keep meaning to write an essay like “How David Letterman Saved My Life” — about my teen years and how his sense of humor reminded me to keep my darn chin up. It makes a great title, though it is misleading. A lot happened in those years.

And since then too.

Joe Crawford wrote this Monday July 25th 2005 at 2:56pm That was 16 years ago. The Date 2 comments tags→ drawings memories 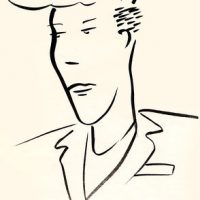