Anniversary of The April Fool2006Apr02

On the April Fool’s after my eighteenth birthday, I got caught being a fool.

Part of living an authentic life is being able to look at ones faults, and where one has wronged others. And I think yesterday and today one of the things on my mind is this particular 18-year old event. I won’t belabor it, or detail it too closely. Maybe next year. Since the event occurred, I have never directly apologized to the person who was on the receiving end of my disordered thinking. I’m not sure I’ll ever get a chance to.

There was a chance meeting many years ago, but we were in a group of friends, and that would not have been the time. It was an excruciating, scary moment.

I don’t want to go into details, but I somehow feel I need to get into some of the details of it or else you’re all going to think — well, I don’t know — but I’m unafraid cautious about detailing it all. For years I would talk to nobody about it, and I carried it around as a cross, a sackcloth, burning into my skin.

It still pricks at my conscience, but mostly as to the inability to make amends more than anything else. In 12-Step programs they talk about making amends except where to do so would calse even more pain. Not knowing this person anymore, I don’t know if it’s possible.

The short version of the story is that I became obsessed with the idea of a relationship with a certain other person. This idea was wonderful and terrifying. I, as a young man of 16 / 17, was unable to express my own heart in a way that was unafraid. So I did not. Instead, I began anonymously leaving notes for this person. Cryptic notes, what I thought might be romantic notes. Yes, unsigned. I left them on her car, I left them anywhere she went. I left them stealthily.

I thought I was the cleverest thing since Cyrano de Bergerac. I had no idea how it would be resolved, but I thought “this is what people do, they are romantic and they are interesting.”
I was not, and I ended up terrifying this girl, and her family. And it all culminated in the back of a squad car with me in handcuffs. I was not arrested, just scared to death by the police officers who claimed that I’d get “a new boyfriend” if I did this ever again. Sobbing in a squad car.

This was not the romantic ending I forsaw. It was a pathetic outcome, and was my first taste of how wrong I could be about something.

It was April Fool’s Day. And I was indeed an April Fool. This was no joke.

The political bloggers talk about “the reality-based community.” Well, my teenage self was certainly not a member of that. I was in a world of fantasy then. I think it’s taken until this year for me to really come to grips with what it means to live not in fantasy, but in reality. This year I became a grown-up, and it’s been a difficult slog. But it’s been worthwhile because I have had a taste of Grace with a capital “G.”

Somehow, life is a blessing, and not sackcloth.

I am a blessed man. Check out that picture.

Ladies and gentlemen, I’m here to tell you that the truth shall set you free.

Joe – In recognition of this vague confession, let me be the first to say…

At least you didn’t have to spend a nite in the pokey.

I’m sorry your good intentions went awry. That can be feel even worse that intending to do wrong in the first place.

One of my all-time favorite concepts is one I learned from Leah: the Friend Poll. There have been times in my life when I desperately needed to take a friend poll. To have someone tell me (gently or otherwise) that I was waaay out of whack. That I didn’t have a street address in the reality-based community.

That big debate on Dooce the other day, about “crying it out”? Some of those mamas could have used a friend poll.

We all could’ve used a friend poll when we were 16/17 years old. Either we didn’t have friends who would be that direct with us, or we didn’t know we needed to say those magic words, “Do you think this is a good idea?” But then you suffer humiliation or hurt and boy is that a powerful lesson.

The good thing is that once you learn why & when to take a friend poll, it sticks with you. Joe, you’re a grown-up with a good sense of what’s right and wrong and a solid support network of clear-thinking people who will give you an honest opinion in case you’re not sure. That’s nine-tenths of the battle, buddy 🙂

Well done. These are the hard ones to write, but – as a reader – by far the most compelling. 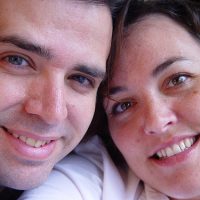