From Q&A: Talking with Stephen King in Time Magazine.

Do you actually think Britney and Lindsay should be on our cover?
Yeah, I do.

Sort of a, ‘This is what the media’s actually interested it, so let’s just put it out there’ thing?
I think there ought to be some serious discussion by smart people, really smart people, about whether or not proliferation of things like The Smoking Gun and TMZ and YouTube and the whole celebrity culture is healthy. We’ve switched from a culture that was interested in manufacturing, economics, politics — trying to play a serious part in the world — to a culture that’s really entertainment-based. I mean, I know people who can tell you who won the last four seasons on American Idol and they don’t know who their f—— Representatives are.

But you’ve been well in the public eye for decades now. Is it pretty blatant how much worse it’s gotten?
It’s worse every year. And the guy says to me — the Nightline guy — I didn’t get the guy’s name. Granted, I haven’t been feeling real well and it was a long day of interviews. But he said to me, “If we didn’t cover cultural things, we wouldn’t be covering you and The Mist, and promoting the movie.” And I’m like, “Britney Spears and Lindsay Lohan aren’t cultural.” They aren’t political. They’re economic only in the mildest sense of the word. In fact, if I had to pick somebody, some celebrity who has had some impact this year, some sort of echo in the larger American life, I would say Hannah Montana. That whole issue of online ticket sales and scalping fascinates me. There are [legitimate] issues there about the Internet, so that actually does seem to have some cultural significance. But Britney? Britney Spears is just trailer trash. That’s all. I mean, I don’t mean to be pejorative. But you observe her behavior for the past five years and you say, “Here’s a lady who can’t take care of her kids, she can’t take care of herself, she has no retirement fund, everything that she gets runs right through her hands.” And yet, you know and I know that if you go to those sites that tell you what the most blogged-about things on the Internet are, it’s Britney, it’s Lindsay. So I think it would be terrific [to have them as TIME Persons of the Year]. There would be such a scream from the American reading public, sure. But at the same time, it’s time for somebody to discuss the difference between real news and fake news.

Joe Crawford wrote this Wednesday December 5th 2007 at 10:26am That was 13 years ago. The Date One comment tags→ culture media

Wow. Blunt, direct, and so true. Our noses, indeed. 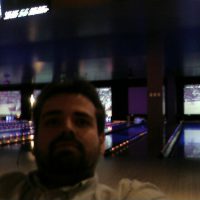