Petition: Aggressive Action by the ZFT2008Jan12

We the undersigned petition the Zappa Family Trust (ZFT) to cease and desist from making threats of legal action against FZ tribute bands, FZ fan sites, Zappa music festivals and other related activities that are designed first and foremost to honour and promote Frank’s music, despite not being ‘approved’ by the ZFT.
While we applaud the work that the ZFT has done – especially in recent years, with the Zappa Plays Zappa tours and the release of CDs & DVDs such as Buffalo, Wazoo and Baby Snakes – we do not see those threatened by the ZFT as being in any way detrimental to Frank’s legacy. Indeed, while recognising that there truly can be no real substitute, we perceive any attempt to curb such alternative activities will be more likely to have a detrimental impact on the legacy.

We consider that the ZFT would be better targeting those who produce and sell Zappa bootleg recordings and pirate memorabilia – of which there are a numerous examples on the Internet. If the ZFT are to unleash the lawyers, they should be aimed at them and not us – the truly devoted fans.

Joe Crawford wrote this Saturday January 12th 2008 at 7:12pm That was 13 years ago. The Date Leave a comment tags→ zappa 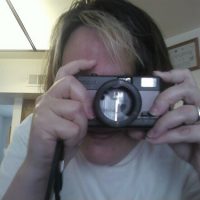