Did you know that today is Cesar Chavez day? It is. I don’t reference my heritage as a person of Mexican descent very often, if at all. My mother’s side of the family practiced assimilation. The kids were discouraged from learning Spanish. The story I was told was that my maternal grandparents (now both deceased) did not pass along Spanish to their kids. They used Spanish when they wanted to clandestinely talk about things such as Christmas gifts. Few of my aunts speak Spanish as a result.

As for my own identity, I am not sure what to make of my own “race.” I’m not typically interested in anyone else’s race, though I’m fascinated by others’ conceptions about race. I am fond of the notion that race is a human invention. As such, it’s in my interest to be aware of how people self-identify and what that means to them. I have thought a great deal, and been confronted several times with how people look at me.

I recall, at age 21, taking care of a patient at the University of Virginia Medical Center — I was giving a breathing treatment to a patient — after the treatment I was taking his pulse and we got to chatting a bit. I revealed I was originally from California, and he asked me if I was Mexican. I said, my family hails from Mexico partly. This prompted him to say to me “you’re a beaner then!”

When I’m confronted with choosing a “race” on demographic surveys I typically decline to state. I used to check two boxes, one for white, one for hispanic or latino. I had a boss once who was very excited that I was partly hispanic because it was good for the diversity numbers. I cringed at that and asked this person not to use me for that since I did not grow up disadvantaged. I still don’t know if my status was used in that way.

Much earlier in my life, when we lived in the Philippines I was one of maybe a dozen “white” kids in a school that encompassed thousands of kids, La Salle Green Hills. We were the oddball kids, very exotic, and most of us ignorant of Tagalog and Filipino culture. I didn’t exactly feel picked on, but at ages 7 to 9 I felt how different I was. Out on the street it was even stranger. That country was deathly poor. These were the years of the reign of Ferdinand Marcos and martial law. When we were on the street beggars, including kids would come up to us in a steady stream which was strange and dismaying. It didn’t help that the standard name to call an American, since the time of the Second World War was “Joe” — as in “G.I. Joe” — so whenever the poor would beg from us they were saying “Joe, Joe, Joe.” Being an expatriate kid opened my eyes to so much, ir probably warrants a post of its own. Perhaps someday.

I don’t think I’ve written about any of these things in the past. I have a tendency to push back against any kind of racist terminology or thinking. Most recently, I pushed back (read: overreacted) on my kids in this 2006 post: “The Extra Bone Bet.”

I’m not sure what else to say about race. 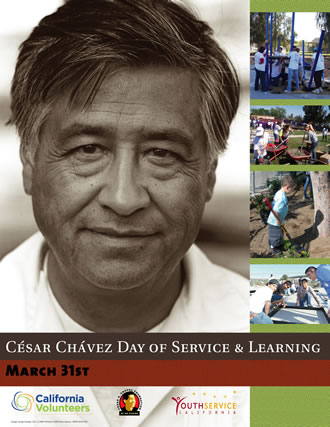 Joe Crawford blogged this at 6:23am in 2008 in March. The 31st was a Monday. You are reading this 12 years later. Comment. There are 3 comments Tweet. Send email. It has hashtags→ activism california labor race . The Date

wow, Joe. I had no idea…. that you are partly of Mexican heritage. Actually I think that’s cool. Made me think of my friend Ron, who’s family was hispanic– having arrived in this county (or what is now this country) in the 1500s. He spoke a little spanish (una mas cerveza por favor, for example). I spoke way better spanish. But when we went out to dinner in Tijuana, they always assumed he spoke Spanish (based on his looks) and assumed I did not. Which is really rather funny.

I am with you on the race thing, however. Not sure what to say about it either except to add I don’t know why it matters. We all put our pants on one leg at a time as the saying goes 🙂

@Jenn yeah, I tend to not see it as relevant. I expect this opinion may evolve as I age and consider more the forces that have shaped me.

←Quote of the Day Something from The Onion→