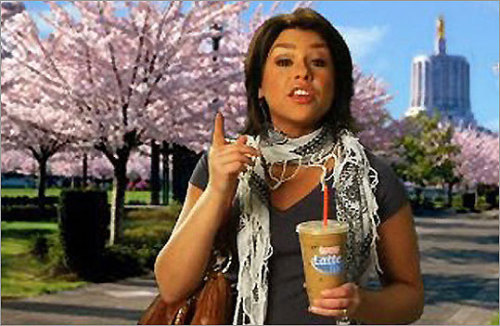 My latest favorite blogger is Nick Mamatas, writer. He writes as Nihilistic Kid. He writes about some stupid dust up about Rachel Ray and Palestine. I tend to avoid political blogs, but it turns out Michelle Malkin is a dope. Nick is funny. I remember him from a long time ago when Kynn did a comic strip about him in 2001, which I actually remember. Which means there are blogs I’ve been reading for 7 years.

Here’s some funny, read it all if you dare!

The controversy apparently began when right-wing goofball Michelle Malkin noticed that Ray’s scarf (not a keffiyeh, which do not come in paisley) reminded her of all sorts of awful things, such as a violence-promoting T-shirt [recently pulled from the shelves] depicting a young Palestinian boy in a keffiyeh carrying an AK-47 assault rifle, over the word “Victimized.” The T-shirt also featured the Palestinian flag, a map of the Palestinian territories and a small white dove. We all fear the political violence that inevitably spills out the doors of Urban Outfitters. Those stores are just like West Bank cafes, except that the storefront windows come “pre-ruined.” Also, one time someone threw a pencil eraser shaped like Napoleon Dynamite’s head at me.

funny politics stupid
Joe Crawford posted this 14 years ago.
What else did he post in May 2008?
The Date 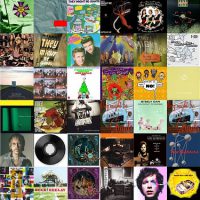