So we return to “the mainland” or “The States” on Tuesday. We’re running out of tropical paradise, but that is fine, this has been a lovely trip altogether. Enjoyable and family and chill. Next week will be a trip to Washington state with even more family and I hope just as much chill time, though after the requisite stressful travel time (driving, not flying though).

My phone is on the fritz, but only the display — I seem to have lost all contrast, so everything is a semi-uniform white, extremely light gray (perhaps #dedede, to you HTML nerds), and an occasional black that’s really a dark gray. So photos and twittering have been rebelling. It’s as though my phone has taken a vacation as well. Though really it just drives me to check Leah’s laptop slightly more often. Disconnect? No thanks. I like a trickle of news and updates from blogs and news and twitter.

I also did some deep-diving on my blog archives and found precisely when I was last in Hawaii — that would be July 2002, see: Hawai’i and Memories and Greetings from Maui and A Picture of Me From Waikoloa.

These were posts made from internet cafes I think. And the photo was posted after the vacation itself. At that time I was an oddball, sniffing around for WiFi, trying to check my email–my typical situation then was running a unix shell, sshing, or (augh!) telnetting into my hosting machine and running pine. Nowadays several in our party regularly check their email, even while vacationing. And posting to a blog? What the heck is that? At the time I was still using blogger.com for my posting, posting via FTP.

I think this is quite a cultural change in only 6 years that I was so unusual before, and now I’m a commonplace. People are more connected. It’s simply the way things are.

So today I think we’re going to be going to a local waterfall, a little hike. Otherwise trying to enjoy a Sabbath, resting as much as we can stand.

Here are two photos from the other day, when my phone was working properly: 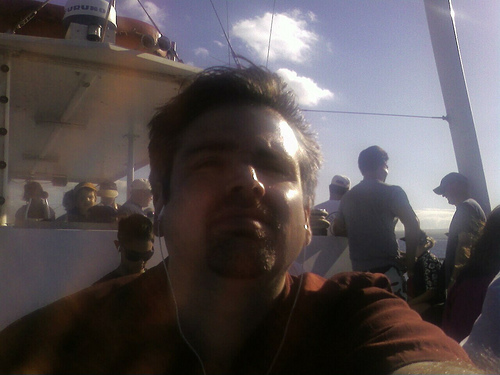 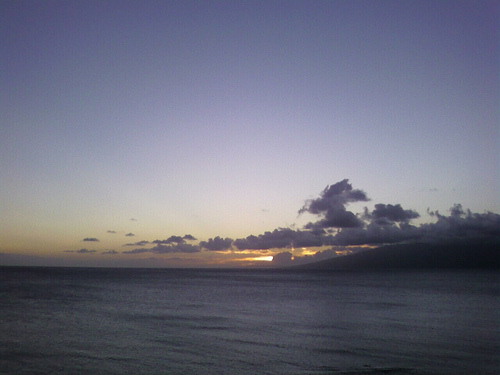 Joe Crawford wrote this Sunday August 3rd 2008 at 10:16am That was 13 years ago. The Date Leave a comment tags→ Hawaii memories photos vacation