The Pain of Paying; Decline of Credit2008Aug31

Worth a read, via Paul Kedrosky: The Death of the Credit Card Economy:

This shock to the system may further damage the already-fragile psychology of the consumer. Writing a check or deducting the price of a pair of shoes directly from your bank account packs a much more potent emotional punch than charging the pair of Allen Edmonds loafers on your American Express platinum card. Chalk it up to a concept called “the pain of paying,” said Dan Ariely, the author of Predictably Irrational. (It’s a concept the parents of his students at Duke University feel every semester.) Imagine that a restaurant, rather than charging $30 per meal, charged 50 cents per bite, with a waiter standing tableside collecting after each chomp. That would be an extremely unpleasant meal. But credit puts a safe distance between the ecstasy of consumption and the agony of payment, and thus makes us feel better. Said Ariely: “If it’s more difficult to get credit, it might make people feel more pain of paying and therefore spend less.”

Nice to see this talked about. The concept that paying cash hurts more should be familiar to Dave Ramsey fans.

Joe Crawford wrote this Sunday August 31st 2008 at 10:23am That was 12 years ago. The Date 2 comments tags→ credit dave-ramsey money

A healthy reminder.
Haven’t been around your blog in some time, and it’s good to see you’re going strong.

True enough. Conversely, the delayed effect of paying by credit makes it far too easy for less responsible consumers to make poor purchasing decisions that add up and blow up in their faces later.

That pain of paying cash is like any other pain. It’s warning you to be careful with what you’re doing, before you do yourself serious injury. If one is going to simply anesthetize against the immediate local pain via credit, one needs to be that much more responsibly careful…

…as (e.g.) the entire mortgage industry is currently discovering. 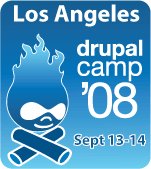