Like many people, I was perplexed Sarah Palin when John McCain chose her as his running mate. I am not impressed by her thoughts on policy issues. She can’t cite a newspaper or a magazine she’s ever read. She can’t name a Supreme Court decision. And yet, she didn’t do that bad in her debate versus Joe Biden. How can it be that a person unwilling or unable to hold a press conference can simultaneously be great on tv?

The answer came several weeks ago in the Doc Searls Weblog: “Talking to lenses” 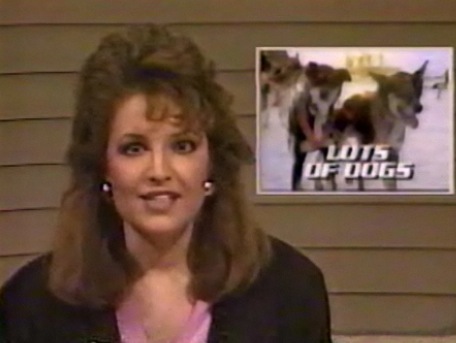 Sarah Palin was a sportscaster and sports reporter in 1988. If you think of her, and her public appearances, interviews, speeches–in that context–her demeanor, her camera-skills, her affect, it all makes sense. The smarmy friendliness, the banter, the attractive appearance: these are all features that a sports reporter might (and often do) have.

I think she’s perfectly acceptable on television, give her a TV show now!

But despite all her post-TV political accomplishments: City Council, Mayor, Governor of Alaska — I don’t think she’s qualified to be Vice-President of the United States of America.

Joe Crawford wrote this Wednesday October 22nd 2008 at 6:10am That was 13 years ago. The Date Leave a comment tags→ politics television

Click here to cancel reply.
Lyrics of the Day (Yesterday): Burning Airlines Give You So Much More
That’s My Guy