In about 1985, at San Diego Comic-Con, I received a free copy of the weekly Comic Buyer’s Guide (Wikipedia says it’s the longest running English-language periodical reporting on the American comic book industry). I got myself a subscription and I was hooked.

It was a tabloid, newsprint at the time. But I loved getting that in the mail every week. One of my favorite parts of CPG was the column “The Law Is A Ass*” by Bob Ingersoll. That it is online is new to me, but you can apparently read some of those old columns at http://www.worldfamouscomics.com/law/. I’m hoping some of the old 1980s material is in there as well. The column took legal issues in the comics seriously. It would address things like “what legal recourse would I have if my car was crushed by the Hulk” and such. Sometimes they would take reader questions, and sometimes they would discuss current story arcs.

I’m delighted to read an interview with James Daily and Ryan Davidson. James and Ryan are two lawyers who created a blog in November 2010 called Law and the Multiverse, and they seek to cover similar ground. Want a discussion of superpowered minors entering into contracts? I’m hooked.

Joe Crawford wrote this Thursday January 20th 2011 at 9:44am That was 10 years ago. The Date Leave a comment tags→ comics law memories 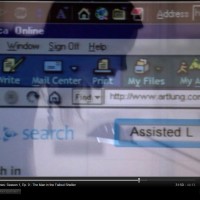