Ray at Night and Other Delights

On Saturday night Leah, Alexandra, Tamara Leeper and I went out to Ray at Night, an art walk on Ray Street here in San Diego. I mentioned attending Ray at Night in 2003, but I’m not totally sure what year I first went. They’ve been putting it on for almost 10 years.

Before we went to Ray Street, we rallied at LeStat’s on Park, and I did some more drawing on my Mom’s iPod Touch with Brushes.app. I’m particularly proud of this one: 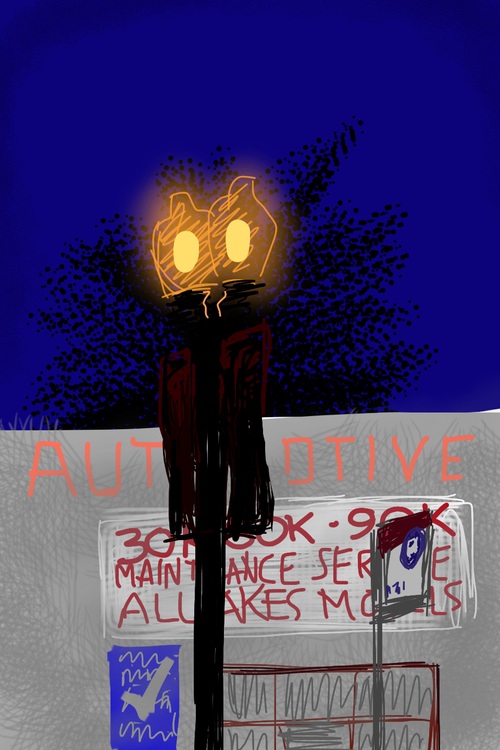 I have to say I love whipping out the Touch and doing some drawing. I’m really surprised that I keep drawing. I’ve tried over the years to get back into drawing, and I carry paper and pens with me always, but the ease of having everything in my pocket, with a tool that is unlikely to inkily explode in my pants. Now, battery life is an issue, this 1st Gen iPod Touch does not last as long as I’d like, but it’s enough to do a fair amount of drawing, and I can charge it in the car.

I also like the fact that I can easily get people to draw with it. I just offer it up and it’s sort of like “instant fun!” for people. Even people who profess no drawing skill will try it out. I like that a lot. I have a fair number of drawings like that, here are two, one from Alex, one from Tam.

I think Alex’s would make a rather nice print for a dress. Tam’s reminds me of the excellent indie comic Tales of the Beanworld.

Ray at Night was cool. It’s great to get inspired seeing other people’s work. Even if I don’t like it, or I find it pandering, or uninteresting, it’s fun for me to react to the art. One I particularly liked was the work of Dani Dodge. She had some great pieces up. I liked two in particular: a Times Square scene called Crossing and one of the Paris Metro. We talked about big cities a bit, and though she had had a long day driving for her day job, and so looked tired, I troubled her for a photo of her in front of her work. 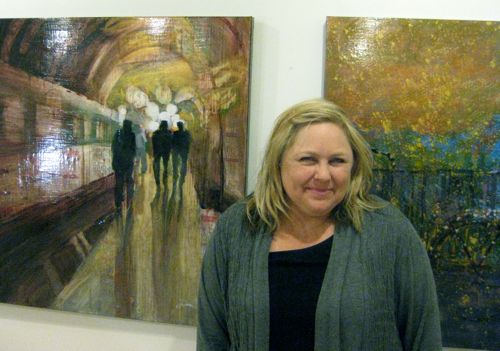 Dani asked me if I was an artist and I had no real answer, despite the fact that the name of this site is ArtLung and the “art” part is about “Art” with a capital “A” and not “Art” as in Arthur my middle name. My brain would not let me say “yes”–but my hands answered for me–I pulled out the Touch and showed her some of my sketches. I’m happy to share and proselytize the app. It really is a boon to be able to draw so easily and quickly.

And it is also awesome to be able to get out and see great art, have great conversations, and see great people back home in San Diego.

art brushesapp drawings ray-at-night san-diego
Joe Crawford posted this 12 years ago.
What else did he post in March 2011?
The Date

Tom, thanks, as always for the great perspective.

Also, (insert standard statement about plans to get a beer together in the indefinite future).

Of course you’re an artist, Joe.

I quibbled the last time someone asked me if I was a comedian; I’m a part-timer at best, and “yes” just sounded so presumptuous in my head. A nearby comic of much greater experience quickly, tersely and helpfully advised to the effect that: “you can’t be a comedian if you don’t SAY you’re a comedian.”

Her phrasing was more elegant, but it’s been months and its precision escapes me. Be that as it may, you’re an artist of you create things, and you’re a good one if those things express what’s inside of you. 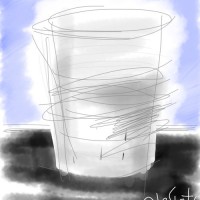 A Night Out
Coffee Bean!