I’ve said before I’m drawing more. And boy am I!

So just this morning, I got a notion to draw Wonder Woman while I was on the bus. And there she is. No-photo blue & 2B pencil and not long after, there’s Wonder Woman with a sword and shield. 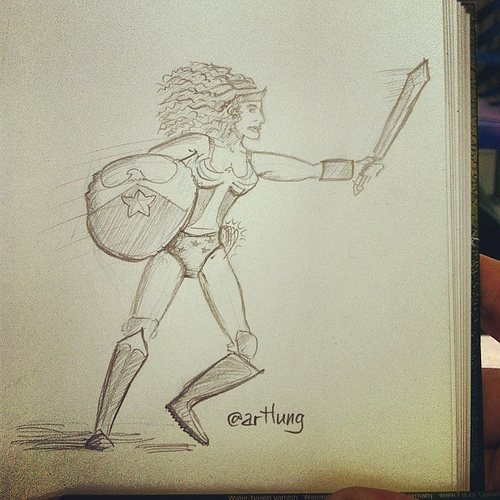 Or I had 10 minutes free waiting for Leah to wash grapes for preserves. Where was I waiting? Where a good friend’s dog, Baxter, was being lazy. Voila: 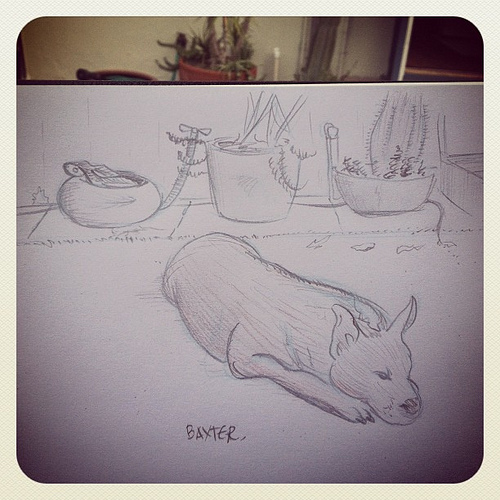 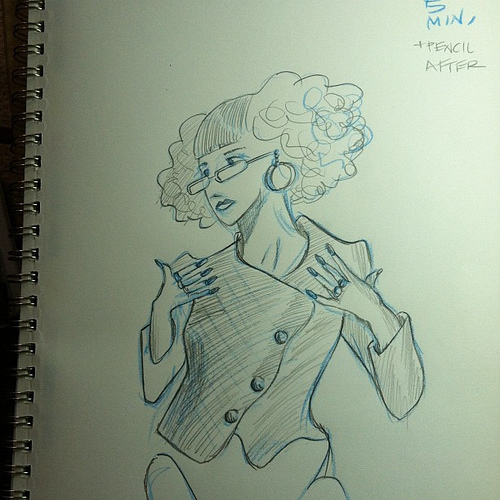 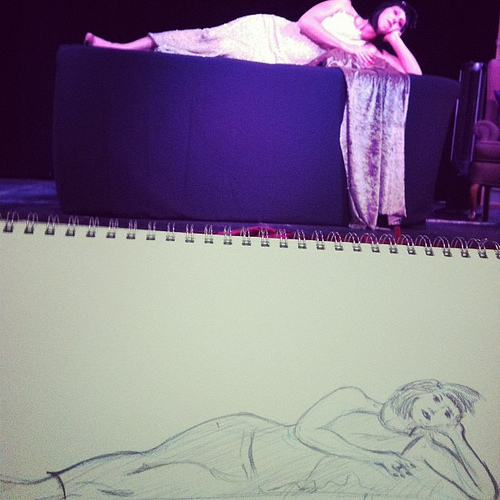 Someone in the morning stand-up meeting makes a reference to Evil Spock? Boom, an inky doodly Spock. 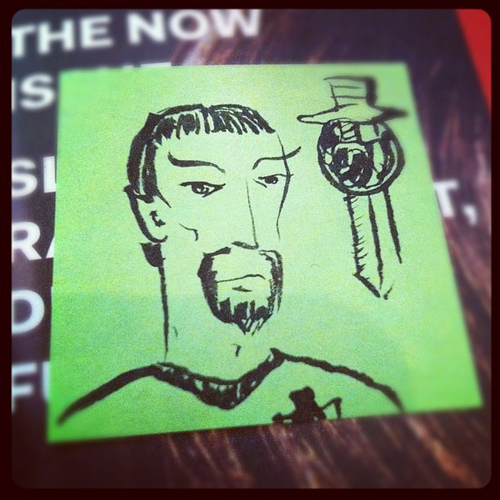 Or even when I’m rebooting my work computer: 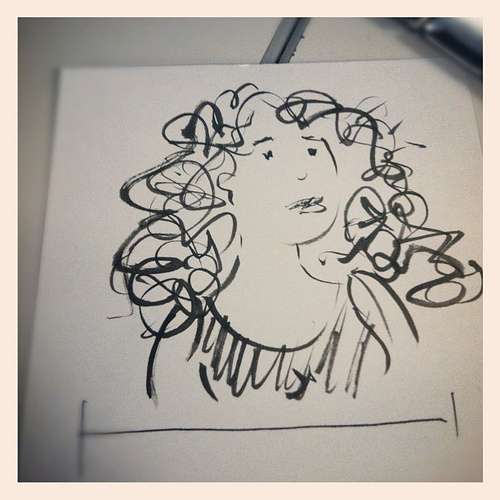 Or having lunch and a beer in downtown San Diego: 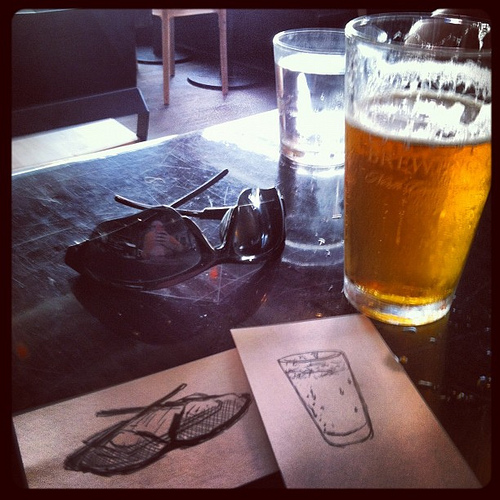 Clearly, I’ve entered a drawing renaissance. I’ve been drawing my whole life. Why it was I quit drawing is a fascinating topic I think, though I think I’ll keep at it.

The hard lesson of the failures of the new iOS6 Maps Application – painfully and hilariously observed in theamazingios6maps.tumblr.com — is the subject of this post from a GIS professional: Google Maps announces a 400 year advantage over Apple Maps:

Perhaps the most egregious error is that Apple’s team relied on quality control by algorithm and not a process partially vetted by informed human analysis. You cannot read about the errors in Apple Maps without realizing that these maps were being visually examined and used for the first time by Apple’s customers and not by Apple’s QC teams.

When you assemble a mapping and POI database from suppliers who operate with markedly different data models, it is unwise to assume that simple measures of homogenization will remedy the problems with disparate data. Apple’s data team seems to have munged together data from a large set of sources and assumed that somehow they would magically “fit”. Sorry, but that often does not happen in the world of cartography. Poor Apple has no one to blame but themselves.

If you go back over this blog and follow my recounting of the history of Google’s attempts at developing a quality mapping service, you will notice that they initially tried to automate the entire process and failed miserably, as has Apple. Google learned that you cannot take the human out of the equation. While the mathematics of mapping appear relatively straight forward, I can assure you that if you take the informed human observer who possesses local and cartographic knowledge out of the equation that you will produce exactly what Apple has produced–A failed system.

Selfishly, I used the “Transit Directions” function of the old Maps app quite a bit. In Los Angeles, in San Diego, and I miss it dearly. There are apps for Transit directions, but most are not very good or don’t yet cover San Diego.

I’m hopeful that Lumatic will fit the bill soon:

@artlung @lumaticinc San Diego, Cleveland, and Minneapolis were supposed to be up at launch, but we couldn’t finish the QA. Soon!

Or maybe Bing or Google will fill in with native apps. I have used both for transit on Mobile Safari with not great results.

Hey @bing – add San Diego to your Transit Maps on iOS please! Big opportunity for you! 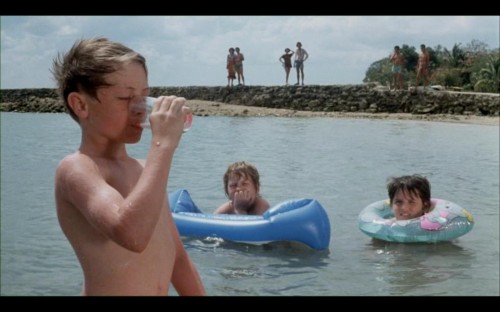 This is the movie on which basis I put myself into the IMDB. And I’ve included it on my bio for quite a while. 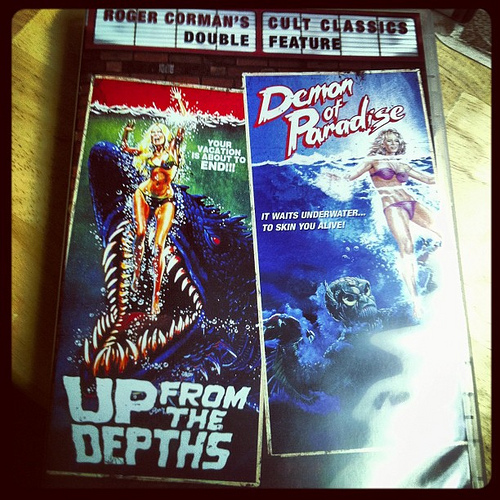 You can purchase it, though really, you shouldn’t, on Amazon.