I write code for a living now.

I was trained as a Respiratory Therapist and worked in hospitals for many years. I was trained to care for people. When I graduated from RT school we were obliged to take a professional oath. “Do no harm” a concept from the ancients.

What the hell professional code do police officers swear to?

I’ve watched human beings die. When it can be prevented– When it’s clear as day it DID NOT HAVE TO HAPPEN– When it’s clearly avoidable. When it happens as the result of human neglect, malfeasance, or professional incompetence. That’s a clear moral wrong and those responsible must stand tall before the law and be made to account. It’s all so clear. As clear as the writing on a piece of paper that says citizens of the United States have the right to “life, liberty, and the pursuit of happiness”

Joe Crawford posted this 7 years ago.
What else did he post in December 2014?
The Date 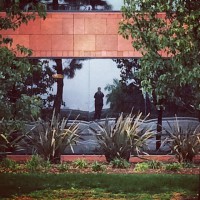 Yesterday in Rancho Bernardo. Wearing a coat again today. And the 163 appears parking lot-ish. Luckily I have tunes to listen to and transit will take the time it takes.
Symmetry at the dead motel. 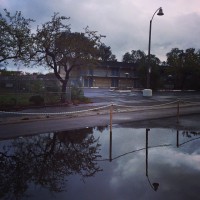