It’s 2015 today. It’s been this for a few hours now. It’s now three years I’ve worked for the same company. It’s ten years I’ve been married to the same woman. It’s been another year since my Mom died. I am happy to be moving forward in time with the typical amount of uncertainty and pain attendant to human life in this 21st century.

I am bothered by a lot of what is happening this century. The entities that have been forces for good in the world are turning rather more negative. The forces that have provided valuable protection now surveil citizens without the degree of self-skepticism I would expect of forces with great power. If you’re going to tap my phones and computers please have the decency to it with some checks and balances. If you’re going to kill human beings from a great height do it with some due process. If you’re going to police my streets do it as though you were protectIng and serving the people being policed no matter their age or skin color. And it people point out that there ought to be accountability when things go poorly don’t act offended. Your job is hard and criticism from the public is built into it.

There’s a Woody Guthrie song called “All You Fascists” I like. I like the cover by Billy Bragg & Wilco. The song is from the 1940s but the words still apply.

We’re still dealing with what the U.S. means. How does it run? What does it mean?

What people? All people? And are all the people accounted for in that number? And how doe we harness everyone’s ideas about what being United States is and move that ENTITY to reflect those ideas? It’s voting, right? Poll taxes are gone as such but the voting process is folded, spindled and mutilated in ways that need change. We must all change. That includes you U.S. Citizens out there. You are the “WE” in “WE THE PEOPLE.”

I’m deep in thought about this and expect change in this area. From myself. And from you.

Thanks for reading this.

Joe Crawford wrote this Friday January 2nd 2015 at 9:04am That was 6 years ago. The Date One comment 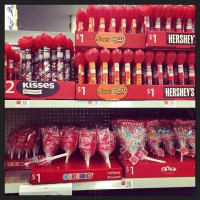 NEXT HOLIDAY PLZ!!!
Lille: “what do you think you’re doing?” 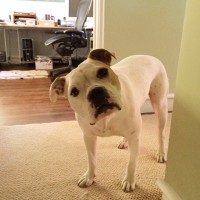