Since the , 2001, jwz has been using the tag “grim meathook future” on his blog. I’ve always liked that. I don’t remember him really defining the term. In a comment today he sums up, in discussing which PKD film adaptation is worthwhile I think he summed up “grim meathook” pretty well:

That said, the interesting thing about adaptations is that sometimes the worst one is the best. For example, New Rose Hotel is a pretty faithful adaptation, but it’s an absolutely shit movie unless your fetish is hours of watching Harvey Keitel cry. Whereas, the best Gibson adaptation is unquestionably Strange Days, even though he didn’t write any of it. It captured the essence of his “sprawl” books in a way nothing else ever approached. So maybe The Matrix was the best Dick movie. Or maybe it was Eternal Sunshine of the Spotless Mind.

Sometimes I’ll argue that Dick and Lovecraft were the most influential writers of the Twentieth Century (though when I’m in that mood I’m more likely to argue that The Pixies have been far more influential than The Beatles, but that’s neither here nor there) because even though their actual, you know, writing and stories were kind of crap, their ideas defined, predicted, categorized and possibly invented the fucked up world we live in: that the world is vastly larger and more complicated than you can possibly comprehend, and that you are surrounded by conspiracies — real, existing ones — that desperately want to hide from you who you are and what is really pressing in around you. That’s basically the human condition from the Cold War through Y2K and beyond. Pre-Millenium Tension: a phrase that is now quaint.

I appreciate the point of view of people who can see the present as dystopia. Cyberpunk foreshadowed our world.

Joe Crawford wrote this Tuesday January 6th 2015 at 4:12pm That was 7 years ago. The Date Leave a comment tags→ cyberpunk grim meathook future 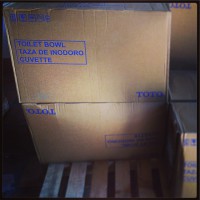 Everyone gets new toilet bowls! It’s like Christmas all over AGAIN!
In addition: IT’S A SHELBY DAY! So we got that going for us. 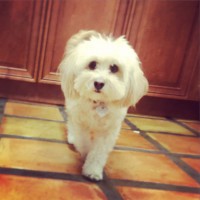