You may have noticed that the masthead of my website has been updated with a new header. It has a nice background image that looks like this:

Or rather, you would have noticed it if you were visiting my site on a regular basis. That’s okay, lately I haven’t visited often either.

I do customized headers for the site periodically. At the time of this writing there are 101 of them. The first one was made in January of the year 2000. The latest one the other day. 101 in 16 years for a an average rate of about 6 per year. Some years less than others. The years after my mother died, far less. It’s interesting to see the changes in my life affect the amount of effort I put into this personal website.

But I’m still a believer in the web. The “indie web” some call it now. I’ve had a personal website in one form or another for 20 years. I registered “artlung.com” for the first time January 30, 1997. That sounds right and sure sounds like a long time ago.

And yet it’s all quite finite. The state of the world. The state of US politics. It’s all quite a lot to bear. So diversions like this are enjoyable. I’ve let too many projects of mine go fallow for too long. It’s okay to take time off, but right now, this historical moment seems like a good time to remember the power of personal publishing. It’s time to take control of the many and various abilities to communicate to the world. I’m tired of every mechanism we have to talk to people filtered through entities who can censor us. I’m tired of moderating my voice through Facebook and Twitter because of community standards.

The net was once a bastion of free speech. Now I hear every other day about a person whose posts were taken down on Instagram. Accounts suspended for posting about police violence or a nipple. I’m tired of trolls and odious persons who make every space troll-space, insulting, making threats and threads of murder, rape and mayhem in response to people just trying to say their peace in this world. And I suppose mechanisms which take down posts and suspend accounts are intended to make this online space more livable. But in truth the world is not better off when we are afraid all the time to speak our peace. The world is worse.

Free expression is a human right. It’s a basic part of human dignity. But it’s rather higher up the ladder of the “hierarchy of needs.” It’s hard to take “free expression” seriously when people can’t find a decent wage-paying job.

But maybe free expression can save us? Maybe the tools we have at our disposal to tell our truth are the pathway to make the world a better place? People need human connection. Thomas P.M. Barnett wrote a book a few years ago and stressed the idea of “connectivity” as being crucial for nations to have prosperity. I remember many of his talks, all online, and in them he would use the phrase “disconnectedness defines danger.”

This phrase applies to people too. I think about the hard times in my life, and what kept me from destruction were those people who reached out to me to be there for me. Connection is the whole ball game.

And the indie web is a way to do that. It’s not the only thing out there, but it’s an important thing. I think it can bridge the gaps between people. Between people who are angry at each other, even.

I was going to talk about the changes I made to my headers archive page but maybe it’s not the interesting part of what I’m thinking about this morning. The source code is free for the viewing. You can view source on the HTML, and JavaScript, and the style sheets and have it and make your own thing if you want. That’s what the web is to me. It’s neat and connects people.

Thanks for your kind and considered attention.

Joe Crawford wrote this Thursday September 22nd 2016 at 4:47am That was 4 years ago. The Date 3 comments tags→ indie web misc

Thanks for the RT! I think it’s taken me 3 years to digest @anildash ‘s anildash.com/2012/12/the-we… talk. Excited to reclaim web.

and I talk about this often - see youtube.com/watch?v=Ve48Pj… and kevinmarks.com/we-like-indiew… #indieweb

This Article was mentioned on brid-gy.appspot.com

I’ll check them out thanks! I’m looking at this like a grizzled neophyte. I know what’s #indieweb when I see it. 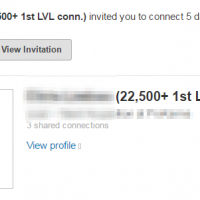 I give you one guess.
Gallery, exhumed. 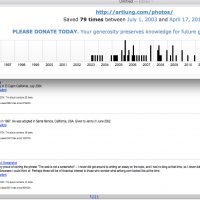