But not to be tedious in enumerating the numerous changes for the better, allow me to allude to one other — though last, not least. The new constitution has put at rest, forever, all the agitating questions relating to our peculiar institution — African slavery as it exists amongst us — the proper status of the negro in our form of civilization. This was the immediate cause of the late rupture and present revolution. Jefferson in his forecast, had anticipated this, as the “rock upon which the old Union would split.” He was right. What was conjecture with him, is now a realized fact. But whether he fully comprehended the great truth upon which that rock stood and stands, may be doubted. The prevailing ideas entertained by him and most of the leading statesmen at the time of the formation of the old constitution, were that the enslavement of the African was in violation of the laws of nature; that it was wrong in principle, socially, morally, and politically. It was an evil they knew not well how to deal with, but the general opinion of the men of that day was that, somehow or other in the order of Providence, the institution would be evanescent and pass away. This idea, though not incorporated in the constitution, was the prevailing idea at that time. The constitution, it is true, secured every essential guarantee to the institution while it should last, and hence no argument can be justly urged against the constitutional guarantees thus secured, because of the common sentiment of the day. Those ideas, however, were fundamentally wrong. They rested upon the assumption of the equality of races. This was an error. It was a sandy foundation, and the government built upon it fell when the “storm came and the wind blew.”

Joe Crawford wrote this Monday May 1st 2017 at 10:18am That was 4 years ago. The Date Leave a comment tags→ civil war history politics slavery us politics 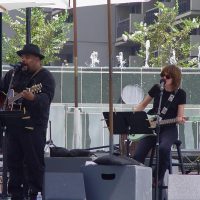 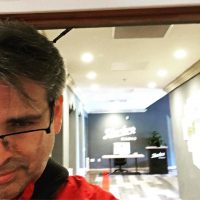