Attach yourself not to material things

Today I launch ArtLung Semidaily Links – which you can also see in the right hand side of this blog. It’s a place for me to put miscellaneous stuff. I hope you find it useful and fun!

The Ledger: A Law & Order Blog… this post is more or less for Sassy, who had a birthday last Friday.

LAMP Host, provider of great developer-friendly web hosting, has set up mirrors of several prominent pieces of open source software. As ourbusiness relies on open source, we believe strongly in supporting developers, and these mirrors are a great way to support the developer community here in San Diego and the larger Southern California area.

If anyone has any questions, feel free to contact me.

Feel free to repost this widely.

Some friends of ours have a dog named Sparky. A wonderful mutt who is always getting into trouble. The following is what happens when a dog swallows a fishhook: 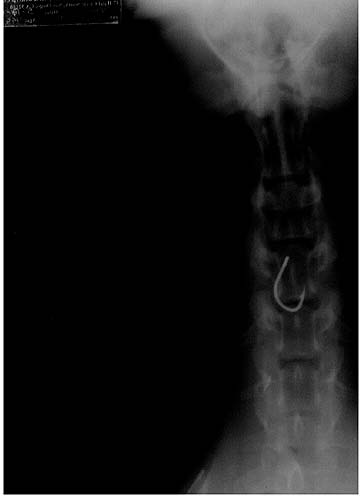 Sparky is fine. But there was a >$1000 vet bill to endoscope that hook out. Wow.

Snippets from the last two weeks

Bodysurfing the day before Easter in the cold waters of the Coronado strand.

Getting an 80 on my most recent Statistics test. Disappointment ensues, but I think my A is still secure.

Doing a presentation on “My ideal house” in my Spanish class.

Dyeing Easter eggs in shifts with Leah and her kids.

Learning about life with Leah.

Getting interviewed by a freelance reporter for a possible piece on blogs for a local tabloid.

Lunch with an ex-boss and friend. Discovering the great bookstore next to the Pannikin La Jolla. Lox and Bagels were superb for lunch.

Accidentally calling my parents–and waking them–in the middle of the night with my cell phone in my pocket while driving.

Mass at St. Joseph’s on Easter with Leah and the kids.

Making some sales for LAMP Host. Learning it’s hard work to do sales.

Building the Semidaily Links content management app in an hour.

Learning more about my limitations.

Learning to work with them.

Learning again to ask for help when I need it.

Went to the South Bay Drive In with Leah to see Kill Bill Volume 2, which was violent but entertaining.

I have not been to a drive-in movie in a decade.

Got back Leah’s computer from my uncle, who got a new case, installed a new fan, and did some other optimization on it.

Trip to Fry’s with Leah.

Sunday a trip to Escondido with Leah to see her friend, the Tattoo artist and recent mother. She’s quite a character.

Some new neighbors had a *very* loud party Saturday night. We went next door to ask them about it. They moved the party inside. It was reasonable. My quote on this to them was “I don’t *want* to call the cops, that’s not my style.”

They moved their outside party indoors instead. Still loud, but the bass was no longer shaking our circa-1892 house.

Went to Borders with Leah. Saw this book: Facts and Fallacies of Software Engineering, which was cogent, concise, funny, and is one of those kinds of books where you say to yourself “why didn’t someone write this down sooner?”

Leah’s site, by the way, is leahpeah.com. We talked this weekend and I will be further reworking my site, much of the content is from the point of view of a maudlin, separated and divorced guy. And while at times I am maudlin, and I’ll always be a person with a divorce under his belt, my life is pretty happy and evolving. Leah and the truth we are able to share are a big part of what makes that possible. There’s not enough of that on this site to this point. Expect that to change in time.

So here comes the week.

So today I picked up a friend from the airport. I got there a decent 20 minutes early. So I’m hanging out at San Diego International Airport (san.org is not a bad domain, by the way, “san” is the airport code for San Diego).

I’m standing in front of the arrival and departure screens, minding my business in my stylish red t-shirt and red sweater. My usual dapper self, yeah?

Anyway, It’s getting to be about 10 minutes till the arrival of my friend, and I suddenly hear a loud whoosh off to my right.

It’s the distinct whoosh of a tank of gas. I look over and see a man in a wheelchair, perhaps in his mid-60’s, wearing a nasal cannula and fiddling with his oxygen. He’s getting more upset by the second. There’s an Airport Information person and a cop (Harbor Police?) trying to help, and the man’s traveling companions — about 8 more retirees — were also flummoxed.

So here is the first opportunity in years to be useful in a Respiratory Therapy capacity. I walk over saying, “I’m a respiratory therapist, can I help?”

They all eye me with relief. I myself had serious doubts that I could actually be of any help. But the man with the oxygen shows me his O2 rig and it’s a “travel-friendly”-rig. He tells me he does not feel any O2 flow, and the regulator is beeping. I take the rig, seal the tank with the O2 key. Remove the regulator and inspect it. Besides having electronic geegaws on it, it looks fine. I crack the tank to clear it. I check the gaskets on the regulator, I put it back on the tank tight. I crack the tank (about half full at 1100 psi, full tank being 2200psi) and start it. Still he feels no flow, and the thing beeps again. Of course the user interface is bad. I suggest calling his medical equipment people to find out how to reset it, but they’re in Vancouver. He tells me this regulator is not his usual one, it’s just for travel. I ask if he has his regulator, and he does (Score! I think to myself), but it’s a unit with 2 outputs that needs a double cannula. The problem is he’s wearing a standard nasal cannula. He’s getting pretty upset. I and others say to try to relax, we’ll figure this out. He finds his spare regulator and hands it to me. I tell him to look for one of his other kind of cannula. I take off the bad regulator, and put on the backup. Pressure is there, it’s delivering flow. Eureka! He finds a spare cannula and I help him put it on fast, just as I’ve helped hundreds of people put on nasal cannulas before. He starts chilling out, and the Cop walks away after they declined to have the paramedics come to give a second opinion on the equipment. The Airport Info person is like “Right place at the right time eh?. The oxygen-man thanks me and several of his party thank me “mouthing ‘Thanks’ at me.” I ask if he’s going to get a replacement for the Cruise someone mentioned they were going on. He says they have it taken care of on the cruise. I sure hope so.

I sure hope that was the case. It’s a pity about the travel regulator, it was pretty and modern, but nobody could figure out what was wrong with the regulator, and the interface was lame. I’m guessing the guys’ equipment company didn’t really teach him much about it. “What does it mean and what do I do if it beeps?” is clearly a question nobody gave him an answer to, and not having the answer deprived the guy of his supplemental O2 and peace of mind at a time when he was trying to relax.

The rule on equipment alarms is: make it clear what they mean.

Maybe I have a future in designing user interfaces for medical equipment. That would be cool.

And I guess I my skills as an RT came in handy.

I’m a little stunned that I said “I’m a respiratory therapist” out loud to someone and was not afraid to back it up. I usually shy away from offering assistance, as usually professional paramedics are just a few minutes away.

When I was first playing with databases I was putting lots of stray stuff into mine. It was pretty fun, actually.

Of course, I was a little naive about usable data structures, here’s the design of that music_wanted table:

Now, why I would use a VARCHAR of length 4, formatted like a number as a primary key? It just seems sort of silly now.

And the comment field is a 200 character string, rather than TEXT?

Also, I think I have a few more of those now, bought used. Some of those I still want to replace with CDs, but I’m in no hurry, really. I mean, it’s been years.

Now, for little reminders to myself (like books to read or music to check out) I have this blog to keep records, so it’s time to…

And poof! my little database table evaporates in a puff of logic.*

*Bonus points to you if you recognize that phrase

of course, if you were planning on regularly inserting comments that exceed 200, then yeah, some kind of larger datatype would be required

…is the sound of events and projects whooshing by my head. Some things are getting done, mostly school things as it turns out. But lots of other things are getting dropped right now. I hope to pick up more as the week goes on. I’m sitting between classes here at City as I listen to music of Language Day — the poster I made featuring the countries of the world that speak Spanish is pretty cool. A multitude of languages are represented.

On Sunday i saw Neal Stephenson speak “all too briefly” at the LA Times Festival of Books. Leah and I enjoyed it, despite it being hot. We also availed ourselves of the famous french dip sandwiches of Philippe’s in downtown L.A. We had fun, and the drive home was not bad.

Saturday had been the adventure of Leah‘s daughter’s fast-pitch softball game, and her boys’ baseball games. Some nice plays, and it was pleasant to demystify Leah’s ex- and her kid’s stepmom. Probably I let work and school slide this weekend, but it ended up being worth it for the nice weekend. Leah took lots of pictures — or at least a wide variety of pictures — that may make it to her gallery or mine soon.

Now I’m a few minutes shy of class. Should wrap up soon.