Where I was baptized a Catholic 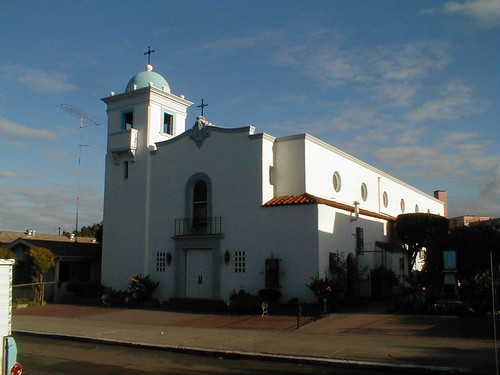 Where I was baptized a Catholic
Originally uploaded by artlung.
I don’t often think of it, but I am a Catholic.

I am also a Buddhist, an Agnostic, and a Freethinker.

But I am definitely a Catholic.

What does that mean?

Well, that’s part of the ongoing struggle, right? To embrace spirituality without abandoning reason. To embrace religion without succumbing to the tendency to judge others. To be part of a community without walling oneself off from those who think differently than you.

It’s a strange feeling to have lucked into living a mile away from where I was baptized at a time when I was in spiritual turmoil. There’s some meaning there that I can’t quite escape, despite my highly skeptical tendencies. I’m very happy about the happenstance. Kismet, you might say. Karma, perhaps. The Hand of G-d, maybe.

My folks are flying into town Friday night for the 60th (with a SIXTY) Anniversary of my Dad’s parents. It will be great to see them, and to celebrate this great achievement.

Joe Crawford posted this 17 years ago.
What else did he post in December 2004?
The Date

Site changing
What She Said