In November, as part of our cross-country trip, I visited the Oklahoma City Memorial. It was early in the morning, Leah was exhausted and sick. I took some time and wandered the grounds for a while. I took a few photos. 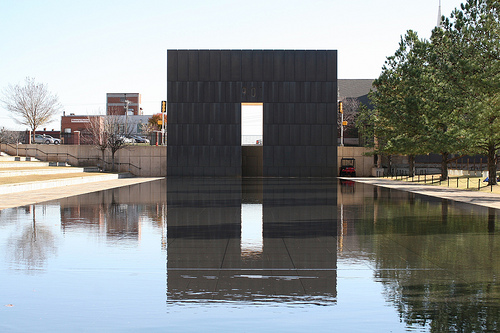 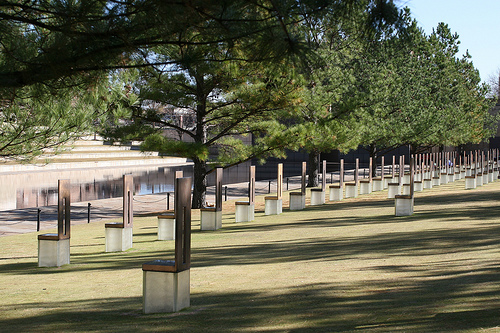 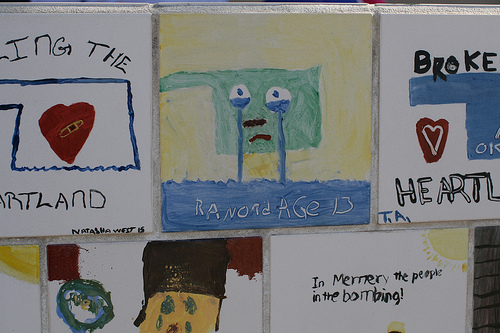 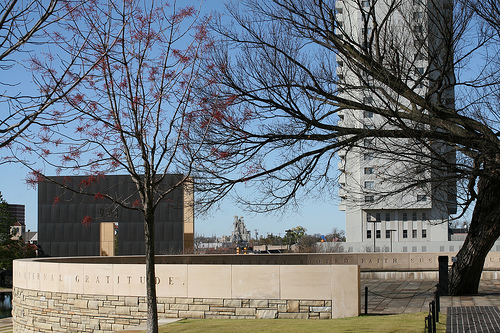 In the film No Maps for These Territories, William Gibson talks about the bombing and how the news of it raised the stakes. This catastrophe in Oklahoma City was a truth stranger than fiction, by a new factor. No Maps was made in 2000, and I saw it at SXSW that year.

I think he was right. This future is not what I would have ever predicted.

My response to the Memorial was similar to how I feel when I visit a Catholic Cathedral for the first time, or when I visit the Lincoln Memorial and read that damn Lincoln’s Second Inaugural Address. It induces doleful weepiness.

The Fence is an ad hoc part of the Memorial, where there is an assortment of artifacts, specific memorials to individuals, knick knacks. It’s flowers, but other things too, keychains, hats, ribbons, wreaths, toys, stuffed animals. It’s not designed. It’s not planned. It degrades, and is a little dingy. It is the product of people keeping a memory alive. It is the work of people leaving a piece of themselves, having visited. There are a few photos here. The Memorial’s website says:

The first Fence was installed to protect the site of the Murrah Building. Almost immediately, people began to leave tokens of love and hope on the Fence. Those items now total more than 60,000 and are collected and preserved in our archives. Today, more than 200 feet of the original Fence gives people the opportunity to leave tokens of remembrance and hope. 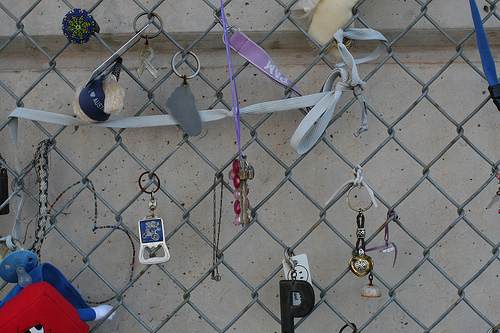 Sorry if this post induces dolefulness. Read about the bombing, it’s an event that deserves to be known.

history photos terrorism
Joe Crawford posted this 13 years ago.
What else did he post in January 2010?
The Date

great photos. thank you for the reminder…. glad to see you’re blogging again, I hadn’t checked in for a while.
–Jenn

Beautiful post! Thank you for sharing this. I love the tidbits you captured in your photos.