Phyllis (Silva) Crawford, 64, of Roanoke, Virginia, daughter of Jesus and Phyllis Silva of San Diego, California, died on October 27, 2010 after a three year and four month battle with Stage IV renal cell carcinoma. Phyllis was a devoted wife, mother and friend. She was an active parishioner of Our Lady of Nazareth Catholic Church and member of the Secular Franciscan Order. A Roanoker for 21 years, Phyllis volunteered with the Christian Women’s Club, trained as a court appointed special advocate with the Child Health Investment Partnership, and visited the sick as a pastoral care minister for OLN. In recent years she served as a docent at the Art Museum of Western Virginia and volunteered at Roanoke Area Ministries in their soup kitchen and served on their board.

Phyllis was a graduate of Morse High School and attended San Diego State University. She starred in plays both in high school and in a North Carolina playhouse during the 1970s. She loved cooking and music with Frank Sinatra, Barbra Streisand and Michael Bublé being special favorites. She was an avid traveler, visiting over thirty countries in her lifetime, celebrating her fiftieth birthday on the Great Wall of China. Phyllis played tennis for years until her illness stopped her, but she remained a competitive yet congenial bridge player.

Phyllis took nothing for granted. As the eldest of seven children of a truck driver, she experienced lean times growing up in San Diego. In the last ten years of her life serving the poor and hungry were most important to her. Her love of life and joyful spirit were an inspiration to many. Her beautiful, irresistible smile and laughter will never be forgotten.

In lieu of flowers, donations may be made directly to her favorite causes: Roanoke Area Ministries and/or Madonna House of Roanoke. At the very least, please pass along a kind act, word or deed with a smile in memory of Phyllis.

mom obituary Roanoke
Joe Crawford posted this 12 years ago.
What else did he post in October 2010?
The Date

My sympathies Joe. May she forever rest in peace.

This was a moving tribute about a person of unmatched beauty inside and out. Were it so that all of us lived so deeply and purposefully. I can only imagine how this must make her passing so much more difficult for everyone that knew her. As for your and Kelly’s sorrow, it hurts to try to empathize! I’m reminded of Walt Whitman’s lines:

As at thy portals also death,
Entering thy sovereign, dim, illimitable grounds,
To memories of my mother, to the divine blending, maternity,
To her, buried and gone, yet buried not, gone not from me,
(I see again the calm benignant face fresh and beautiful still,
…
To her, the ideal woman, practical, spiritual, of all of earth,
life, love, to me the best…

Here’s to Phyllis, “the best!”

She sounds like a wonderful lady. I am sure that many, many people will miss her. Hugs to you and your family. 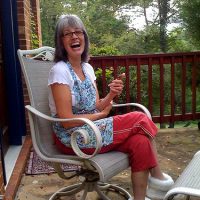