Gary Groth on the bizarre time for comics and books

Question: Have you put contingencies in place — as far as publishing goes — as this crisis drags on?

Absolutely. We’re assuming depressed sales. We know sales are going to go down. The problem is nobody knows how much. 10%? 20%? More? Nobody knows the answer to that at the moment. As this continues and we start getting a handle on sales during the period when so many bookstores and comic stores aren’t open, we’ll be able to make better projections. I have to tell you, everything is uncertain. Nobody knows when these stores are going to open. Nobody knows how slowly stores are going to open up. No one knows [what] restrictions are going to be on stores when they open up. There are so many variables and every single variable has unknown and unquantifiable factors involved. So it’s an almost impossible goddamn situation. And the only thing we can do is forge ahead and try to make as good as a decision as we can virtually on the fly. I’ve been doing this for forty-four years and we’ve gone through some really, you know, bizarre times, terrible times and I’ve never experienced something quite like this before. Most crises in the history of comics, in my lifetime, have been, at least, comprehensible and at least rational. You know why they occurred. You may not like why they occurred because usually they occurred due to a combination of bad players and greed and self-destructive tendencies in the comics market. This is a crisis in the book trade and the comics market. When there was a crisis in the comics market, it did not affect the book trade. This affects everyone.

From Art In Quarantine: Gary Groth

bookstores comics covid pandemic
Joe Crawford posted this 3 years ago.
What else did he post in May 2020?
The Date 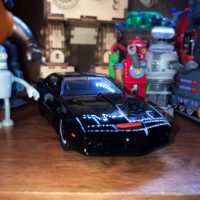 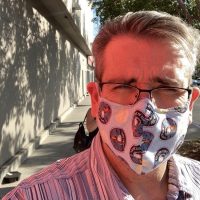