Over the weekend I was prompted to think about the idea of an “earworm” — a song or piece of music that gets stuck in your mind. Some people find such “earworms” to be highly irritating. The idiom implies an actual worm in your actual ear which sounds positively *horrifying* to me. For me, an earworm can be pleasant. It can serve like a mantra, or a soundtrack that can help put me in a state of flow that leads to getting a task done. It can actually help productivity. And so I was curious, given that I have been sending listening data to last.fm (sometimes called audioscrobbler) for many years I took some time to write code to find sequential repetitions of music plays. And I found a bunch of them! “Little Fluffy Clouds” on repeat was because I made a single track playlist and accidentally left it running over a weekend, but otherwise it was fun to see the results emerge. I used PHP as it is the language I can quickly solve novel problems with. I love going from idea to a reasonable result in a matter of an hour or so. Also, I’ve put the code up on Github.

I’ve made a YouTube playlist with a number of the earworm tracks.

audioscrobbler data last.fm music PHP programming webdev
Joe Crawford posted this 5 months ago.
What else did he post in January 2022?
The Date 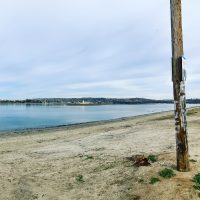 I started blogging in late February 2001. Each line here represents a year of blogging, a line based on the count of posts per day with a bit of added noise added for aesthetic effect. I am fascinated by visualizations of data, and it was fun to toy with the aggregate counts of thousands of blog posts over time and see an image develop. It’s not what I expected it to look like as I exported data from my WordPress instance, but it definitely catches my eye. Inspired by Peter Saville’s iconic album cover for Joy Division’s album Unknown Pleasures. That artwork was based on data from a pulsar.
Spielberg’s Films by year of release vs year set 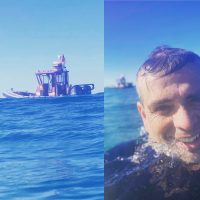