Still, I worry that our inability to match the achievements of the 1960s space program might be symptomatic of a general failure of our society to get big things done. My parents and grandparents witnessed the creation of the airplane, the automobile, nuclear energy, and the computer to name only a few. Scientists and engineers who came of age during the first half of the 20th century could look forward to building things that would solve age-old problems, transform the landscape, build the economy, and provide jobs for the burgeoning middle class that was the basis for our stable democracy.

The Deepwater Horizon oil spill of 2010 crystallized my feeling that we have lost our ability to get important things done. The OPEC oil shock was in 1973—almost 40 years ago. It was obvious then that it was crazy for the United States to let itself be held economic hostage to the kinds of countries where oil was being produced. It led to Jimmy Carter’s proposal for the development of an enormous synthetic fuels industry on American soil. Whatever one might think of the merits of the Carter presidency or of this particular proposal, it was, at least, a serious effort to come to grips with the problem. 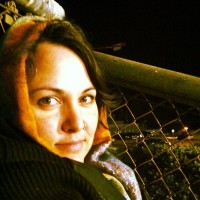