February is over, and here we are in March. Time is absolutely flying by in my life, almost completely for the best. So what’s happening in my life?

The enormous tens-of-thousands of IRS debt that Leah and I have been shouldering since 2008 is now low enough that we can see the light at the end of the tunnel. The incredible things that happened were two:

1. We managed to do the paperwork of our taxes in the first 2 weeks of January. This itself, was amazing, considering that for the last decade if we filed on time, we only did so because we started them on the 15th of April and I have an amazing tax person in my aunt, Joan.

I have no idea how it happened, but I’m drawing more regularly. This is good for my mental health, though what I have found is that I’m not as good as I wish I was. I’m as good as I was when I basically stopped drawing in the early 1990s. But I’m doing it, and I hope I’m improving. I even submitted a drawing to March MODOK Madness. I look at it and only see how I’d improve it, but I’ve been looking at MMM for about 4 years wishing I could submit, and finally did. 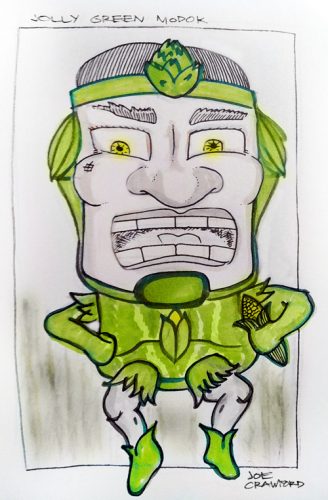 In past years, I’ve managed to avoid important paperwork and important tasks for years. This stupid, retrograde habit seems to be sunsetting for me. As we came to the expiry of our Virginia car registration, I took control, bit the bullet and took care of the registration, the smog check, the tags in short order. In past years I’d drive around for months with expired tags, avoiding the law. Now, not.

I also managed to get my California license back, and the photo is not half bad. I did learn my vision in one eye has declined, as I did the eye test, I started with “two” and the DMV Guy said “They are all letters sir, why don’t you try the other eye.” Sad and hilarious. Oh, and I took the driver’s written test and managed to pass, though I had to do both sides. Blood alcohol level, seat belt, and smoking in the car with kids questions nailed me! But on average, I passed.

Well, this is in the future. The incredible gauntlet of purchasing Comic-Con tickets was something I managed to beat this year. Tickets went on sale Saturday, and within an hour were completely sold out. I’ve attended many Cons, but not in MANY years. I have a desire to go again, somehow. This surprises me, but it’s good to get back to something I enjoy. Mind you, I don’t really read much in the way of comics, other than web comics, but I follow a lot of comic artists on tumblr. You can see some of what I like on the New City and ArtLung Tumblrs, along with a lot of other stuff that catches my fancy. Well, Nueva Ciudad also has a lot of stuff from my friend Chris, but still, the comics stuff is mostly mine.

Thanks to Instagram, mostly, I take photos again. You can see most of these on the ArtLung Tumblr, or more concisely, on my flickr account. It’s fun to point my eye at things and record. This visual culture probably also feeds into the drawing, though the links are still mysterious to me.

Inbox Zero Plus Or Minus Five.

There’s a concept called Inbox Zero coined by Merlin Mann. My email inbox is really important. I’ve managed to have an inbox at about fifty for years. Always a pile of TODO items, emails to reply to, that I don’t. Projects to update, that I didn’t. People to interact with, that I left hanging. Frankly my personality can veer toward avoidant, which is particularly toxic. I have burned MANY, MANY bridges with this trait, and it saddens me greatly to think of the many opportunities, and even friendships that I have destroyed by emphasizing my possibility of failure more than the opportunity to success. If you are reading this and I’ve burned you in this way in the past, please feel free to reach out and let’s figure out if there’s a way I can make amends to you. I have made an effort to reach out to several in the past few months, and the impression I seem to leave is that the avoidee seems to think I got offended or they did something wrong. Nope, it was 99% more likely you were great, and I screwed up.

I keep my workplace on the quiet side. I don’t want my words here to be used in a way deleterious to my employer, so quiet. But I’m happy with my performance at work, and my contribution there, and I will continue to improve along those lines as we push forward.

Sorry that’s so vague. Maybe in a few years I’ll be more specific.

We don’t have a conventional television. We get cable, but don’t use it in a normal way. We use Netflix and other non-cable methods to watch television. Our expectations about television and incoming media are different. We use twitter and facebook and RSS to get news. It’s bizarre and thinking back to a time when there were 4 or 6 tv channels total over the air. It’s also bizarre to think back to times when there were 60 cable channels. And bizarre to think back to having 500 cable channels. Now media is so different. It clears the decks a bit too, to not have it on all the time. Now, visiting friends with normal television, it feels different. We’re not snobs, mind you. We watch all kinds of lowbrow television through Netflix. We try stuff out and wax and wane. Stuff we like a lot: Breaking Bad, Game of Thrones, Sherlock, Downton Abbey (the only soap opera I can manage to watch), among others. And more than anything else, we love 30 Rock. We have watched all the seasons all the way through more than 4 times. It might be pathological. The high density highbrow, slapstick, absurdist, sometimes emotional comedy hits us perfectly.

Also on the media bill of fare is podcasts. I particularly have fallen in love with WTF with Marc Maron and Greg Proops’ “The Smartest Man In The World.” Old standbys remain Le Show with Harry Shearer; The Treatment with Elvis Mitchell; and The Q&A with Jeff Goldsmith. If you want something good to listen to, try these. I have others I like too, but that’s a good sample of smart folks talking about interesting things.

I have some other projects simmering. About which more I will not say, but they will appear here in some form in due course.

For me of course, and perhaps for the few readers out there in the æther, I hope these posts are meaningful to you. Thanks for your attention. Have fun, be safe.

drawings marchmodokmadness misc modok musings podcasts
Joe Crawford posted this 10 years ago.
What else did he post in March 2012?
The Date

I just heard Paul Gilmartin on WTF, he sounded like an interesting cat. I’ll have to check that out. Thanks and you rock on too Tom!

It’s gratifying to read your taking stock, and to hear that that review is a net positive. It’s especially encouraging to read that I’m not the only recovering chronic procrastinator I know.

One podcast I’ve taken to recently is The Mental Illness Happy Hour, at mentalpod.com. It’s an interview and discussion with famous and non-famous people with problems that face lots of people. Good stuff, I think. 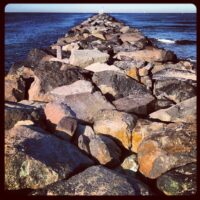 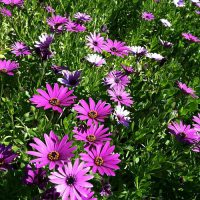