Useless Information About My B-Day

Michael Rapaport, he of Mighty Aphrodite, and I share the same birthday — both date and year — March 20, 1970. Some other folks of note who were born on March 20th (but not in 1970) include: Spike Lee, Holly Hunter, William Hurt, Hal Linden, Tracy Chapman, and Carl Reiner.

I used to be quite proud to proclaim that I shared a birthday with Mister Rogers, but the imdb has a different date. A profile of Rogers in salon from 1999 shows March 20th, as does the New York times.

Other things of note about March 20th? John Lennon and Yoko Ono were married on this day in 1969. Today is the vernal equinox, the first day of Spring. This Day in Music History from canoe.ca. On This Day in 1995, (NYT) Aum Shinrikyo gassed the Tokyo Subway. 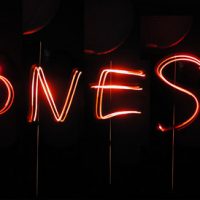