Interesting on The War

And so are a lot of the protesters. “Violence never solved anything.” Really? Violence solved the Holocaust. “Bombs just make more terrorists.” Really? We dropped more bombs on Vietnam than we dropped on Europe during World War II. Where are all the Vietnamese terrorists? “Innocent people will die.” True enough–but innocent people are dying right now in Iraq. The left’s selective empathy is shocking. My lefty pals feel the pain of Iraqi civilians–but only the pain that the U.S. inflicts or might inflict. You don’t hear much from the left about the pain that Saddam Hussein inflicts. “War kills the innocent.” No, the status quo in the Middle East kills the innocent–and as we’ve seen in Manhattan and Bali, not just the innocent in the Middle East. War at times is the only hope for an oppressed people–as each Iraqi refugee quickly informs the first Western reporter he can find.

But, whatever, I’m against the war on Iraq now. Why? Because George W. Bush blew it. George W. Bush failed to make the case. George W. Bush wasn’t able to convince NATO–NATO!–or the United Nations of the necessity of this necessary war. Now the Bush administration seems set on a course that may destroy NATO and the UN. I don’t know about the Bushies, but I think a world without NATO and the UN will be more dangerous in the long run than a world without Saddam Hussein will be in the short run. So I’m against the war. Hey, when’s the next peace march?

More at: AGAINST THE WAR–FOR NOW by Dan Savage

Joe Crawford posted this 19 years ago.
What else did he post in March 2003?
The Date 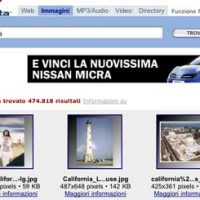