Not particularly a newsflash, admittedly

“The gray-haired Byrne, 51 and NEWLY SINGLE, is caught in a frustrating career trap.”

And the Sunday Herald says:

The feelings of alienation were exacerbated by his personal situation. He has been separated from his wife Adelle Lutz, with whom he has a teenage daughter, Malu, for about a year or so , although they are not yet divorced. His girlfriend, Louise Neri, is a well-known art curator. There were so many changes in where I was living, where my office was and all that sort of thing. It made me question, Who am I? What s my identity? Where do I fit in? Is this where I should live? This is not my beautiful house, you might imagine him thinking. This is not my beautiful wife.

And this part includes a devastating quotes about David from Brian Eno, Chris Frantz, and Tina Weymouth:

I spoke to Chris Frantz, the former drummer with Talking Heads, about the end of Byrne’s marriage. “David is a person who immerses himself in his work no matter what,” he told me. “I think his work is more important to him than anything else. He really cares about his artistic legacy, and unfortunately for everybody involved, his notion that this is the most important thing in his life gets in the way of his human relationships.” Frantz said this without harshness, as if he were stating a plain fact.

It is a sentiment echoed to varying degrees by other people I interviewed for this piece. Everyone agrees that Byrne is massively focused on his work, both his music and visual art. The word that keeps coming up is “control”. When he is working, he feels in control, therefore it would make sense that he orient his life in the direction of his work, prolonging the feeling of being in control for as long as possible.

Brian Eno, who produced three Talking Heads albums, co-wrote the seminal album My Life In The Bush Of Ghosts with Byrne, and is now writing with him again, agrees that work is more important to him than personal relationships. “I get the feeling that he’s much more at home in the world of art than he is anywhere else,” he says. “He’s not only very at home, he’s very sure of himself, very engaged, happy and thrilled by it. He’s more comfortable there, perhaps, than he is elsewhere.”

The downside of this retreat into art, of course, is that it can be rough on the people in your life. Tina Weymouth, bass player in Talking Heads, claims that Byrne is “incapable of returning friendship” and emailed me to say that, “Cutting off attachments when a thing/person is perceived to have served its purpose or there is a perceived threat to ego is the lifelong pattern of his relations.” Is he as cold as all that? He does seem to be slightly distant from his own emotions. According to Eno, “One of the aspects of David’s character is that he likes taking pleasure in things that other people either haven’t noticed or are slightly suspicious about.”

That’s quite revealing, I think. Byrne doesn’t just take pleasure, he enjoys taking pleasure; he is always one step away from the sensation itself. When I ask if he now feels more rooted than he did at the height of 9/11 fever and during his breakup with Lutz, he replies “Hmmm, maybe. Maybe. I suspect I do.” He speculates about his own feelings as though they belonged to someone else.

I certainly hope I am not ever afflicted with this kind of distance from my own emotions.

Joe Crawford posted this 18 years ago.
What else did he post in March 2004?
The Date

I’ve gotten so obsessed with David Byrne since seeing him live 2x in NYC this weekend.. you probably won’t ever be as emotionally detached as Byrnes unless you also have the diagnosis of Aspergers Syndrome which he does. It’s thec super powers this syndrome gives him that has blessed us all with his music and art. The syndrome also brings frustrations to those in his personal life.

DAVID BYRNE is a living legend.

I love him so much. He is so strange and cool.

Remember watching a video of talking heads in the early 90s as a small child. Never forgot this guy

Plus he had a guest role on the simpsons, where he wrote and produced a hit for Homer 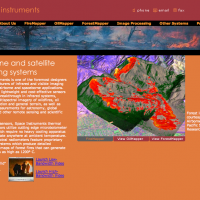