Davenetics checked the alphabet with the new Google Suggest. I had to check the numbers out.

And even the period gets into the act:
. – .com

And slashdot got dissed: “/” brings no suggestions. Poor /.

Joe Crawford posted this 18 years ago.
What else did he post in December 2004?
The Date 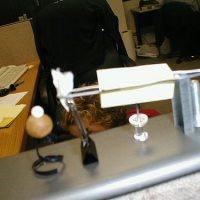