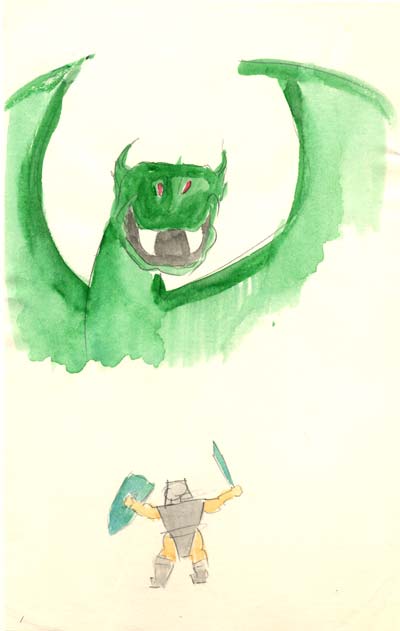 For a period after graduating from High School I was doing a lot of watercolor.

I never was much for sword and sorcery stuff. Dragons and faeries and guys in armor. I never got into Lord of the Rings or The Hobbit or any of that stuff. But I loved my comics and science fiction. The fantasy stuff was just not realistic.

The exception was probably Matt Wagner’s Mage series, which I had discovered when I was in driving school, which would have been 1986 or so. I really learned to appreciate the Arthurian Mythology in that. Mage was a reimagining of Arthur’s tale in a modern venue. I loved it.

This watercolor, really just a vignette, stands out because it is in a fantasy vein. I even (gasp) took the time to do a drawing in pencil before laying down color.

I suppose it’s similar to Robot Fighter, 1982 in that it’s a little guy up against a big guy. Something about the underdog definitely appeals to me. Always root for the underdog.

I suppose that underdog is me.

drawings
Joe Crawford posted this 18 years ago.
What else did he post in June 2005?
The Date 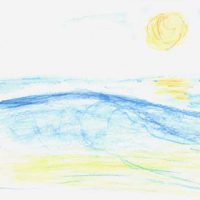