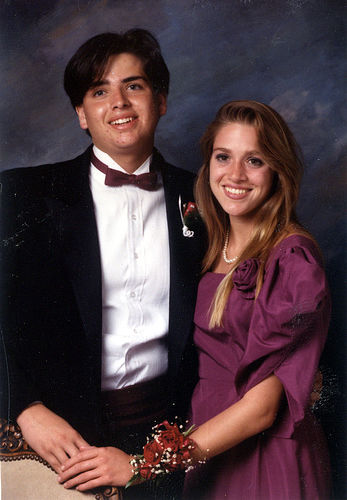 In truth, we were just friends, G and I. We spent time together, but her sights were on older, more experienced men. I was such a kid in many ways. At my Prom I was only 17 years old. She was a year older, worldly. She did not go to my high school. I met her while working at the Bank.

I had a terminal crush on her. I had no earthly idea what it meant, or what I wanted, but I wanted nothing more than to be around her and touching her and doing things for her. I was like a puppy dog. I remember taking her to a bar for a bikini contest once. I didn’t care for it, but I would dutifully go with her wherever she wanted me to take her. She did not drive, at least that I can remember.

She cared about me, I think, and liked the attention I gave to her. We would go to the movies or to the beach and hang out and go to Denny’s. I took her to my Homecoming Dance in my sophomore year in high school. I had managed to bring along. It was held on a boat – I think it was a San Diego Harbor Cruise thing. We went to Wendy’s before and she wore this beige sweater dress that clung to her in the sexiest way. It was a chilly fall night and we sat in the back of the boat pretty much the whole night. She sat in my lap. It felt great to cuddle with her all night. I also got mad accolades from my friends for having a beautiful blonde sitting and giggling in my lap for the whole night.

I remember one time I was picking her up at her house, to go to a movie or some thing, and she had just gotten out of the shower. She was in a terry robe, hair wet, and had me come wait for her in her room. I have the most vivid 16-year old memory of her changing right in front of me, like, down to nothing. Naked, right in front of me. It was exciting to be around her. There she is, nude, slipping on her underwear, jeans and a shirt. I was frozen, was she coming on to me? What do I do? The theme of my teen years seems to be ignorance and naïveté, and that moment was no different. I did nothing except watch. I suppose the reason she was so comfortable with me was that I was so harmless. She knew she could be herself. I think it must’ve been like I was a girlfriend to her. We hung out, talked, but not more. We were friends and no more.

G was fun, but there was also a sadness to her as well.

G was proud of her body and hoped to be a model and an actress and a singer. As much time as I spent with her, I don’t really have a good idea of why she was sad. I know her father had died when she was young. And I know that while she was always being told how beautiful she was by people, she also had many objections to how her body looked.

Several years later she let me know that had had a breast augmentation done. She also had a perfect Cindy Crawford/Marilyn Monroe mole removed from her face. The mole was really cute and added to her beauty, in my opinion. And more importantly, it was her. She was born with this lovely quirk, but she had it removed. Eventually she started doing modeling, exotic dancing, bachelor parties and the like. We drifted apart, I moved away. I would catch up with her when I came back to San Diego’s in the summertime, but we were living very different lives. Me, I made my own mistakes and had more adventures.

The paradox of a beautiful woman thinking she needs to be “improved” still glares out at me. Why would she do that to herself? I don’t know. I can guess it’s something about the tendency we all share, to not love ourselves all that much. To think that if only we could do that one thing, or be better, our friends, our family, other people will like us more. That we’ll fit in. That we’ll be normal.

Well—screw normal. I want to be myself. My unsolicited advice to you: “Be yourself”.

I may not have a perfect body, but it’s mine, and I want to take good care of it regardless of the judgements of the rest of the world.

memories photos
Joe Crawford posted this 18 years ago.
What else did he post in July 2005?
The Date 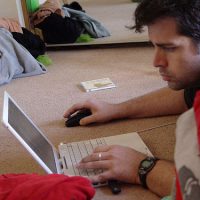 Me in Woodland Hills
Eddie & Comic-Con 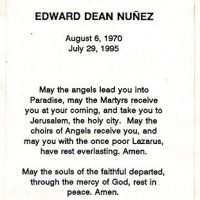