One of my pals, Binary Wolf, and I, spoke for more than an hour (was it two?) yesterday — about all topics. Quite a wonderful conversation between two cable-modem havin’ guys.

Turns out he was looking for a logo, and right there on the audio call, I whipped up an illustration that now graces his Pringles Cantenna page. For a one off drawing I did and scanned in a few minutes, it was very gratifying. He described what he wanted, and I whipped out this: 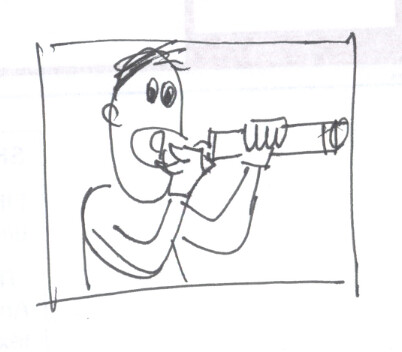 This was a little raw, so I refined it and scanned that and got this: 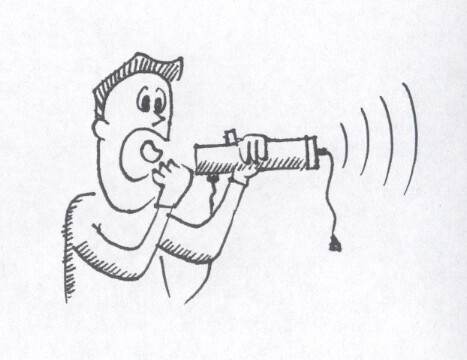 Which in turn had some cantenna details wrong, so in Photoshop I tweaked and messed, and even added a genuine image of a Pringles can, about and the final result is this: 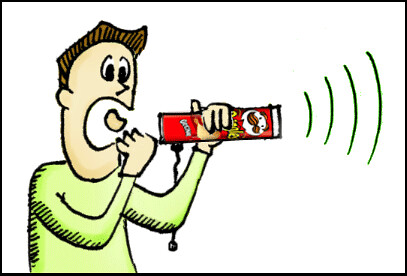 Granted, it’s not my best drawing ever, but for someone who has been, in this space, mythologizing his drawing skills of _the past_ but providing precious little in the way of _new_ drawings, it was a terrific exercise. _I’m drawing!_

So go visit Do-It-Yourself Wi-Fi Antenna Update and of course and most especially, the Pringles Cantenna page.

canenna drawings wifi
Joe Crawford posted this 17 years ago.
What else did he post in August 2005?
The Date

DO NOT CALL
Minimal Brushy Angst, 1988