The fundamental issue here is security, but it’s not the security most people think of. James Madison famously said: “If men were angels, no government would be necessary. If angels were to govern men, neither external nor internal controls on government would be necessary.” Terrorism is a serious risk to our nation, but an even greater threat is the centralization of American political power in the hands of any single branch of the government.

Over 200 years ago, the framers of the U.S. Constitution established an ingenious security device against tyrannical government: they divided government power among three different bodies. A carefully thought out system of checks and balances in the executive branch, the legislative branch, and the judicial branch, ensured that no single branch became too powerful.

I didn’t talk about the political dynamics in either essay, but they’re fascinating. The White House kept this secret, but they briefed at least six people outside the administration. The current and former chief justices of the FISC knew about this. Last Sunday’s Washington Post reported that both of them had misgivings about the program, but neither did anything about it. The White House also briefed the Committee Chairs and Ranking Members of the House and Senate Intelligence Committees, and they didn’t do anything about it. (Although Sen. Rockefeller wrote a bizarre I’m-not-going-down-with-you memo to Cheney and for his files.)

Cheney was on television this weekend citing this minimal disclosure as evidence that Congress acquiesced to the program. I see it as evidence of something else: if people from both the Legislative and the Judiciary branches knowingly permitted unlawful surveillance by the Executive branch, then the current system of checks and balances isn’t working.

It’s also evidence about how secretive this administration is. None of the other FISC judges, and none of the other House or Senate Intelligence Committee members, were told about this,­ even under clearance. And if there’s one thing these people hate, it’s being kept in the dark on a matter within their jurisdiction. That’s why Senator Feinstein, a member of the Senate Intelligence Committee, was so upset yesterday. And it’s pushing Senator Specter, and some of the Republicans in these Judiciary committees, further into the civil liberties camp.

Joe Crawford posted this 17 years ago.
What else did he post in December 2005?
The Date

“to live outside the law you must be honest” – bob dylan 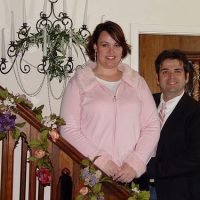