HA! HA! I get my news from Fark.com

As Leah and I laze around the house, not putting away clothes in the bedroom, I will fire up Google Reader and read blogs the way nature never intended, in a newsreader. One of the not-really-blogs I read this way is FARK. FARK is the apotheosis of what a nonsense everything/nothing site is on the web. One of the best things about it is the headlines, at least 10% of which make me laugh out loud, or at least chuckle. They also keep me up to date in the quickest way possible what’s happening in pop culture.

Travel news:
Thanks to Borat, tourists are flocking to Kazakhstan

War news:
AP photographers claim U.S. soldiers deleted their photos and videos, and warned them not to publish images of scene where Afghan civilians were shot to death

It’s faster than watching the actual news, and just about as in depth. If I want to pursue these in more depth, I can chug over to news.google.com and do a search and read what I want when I want it. Fark is also great because it’s so silly at times. I really like their PhotoShop contests. For example: HA HA Guy. 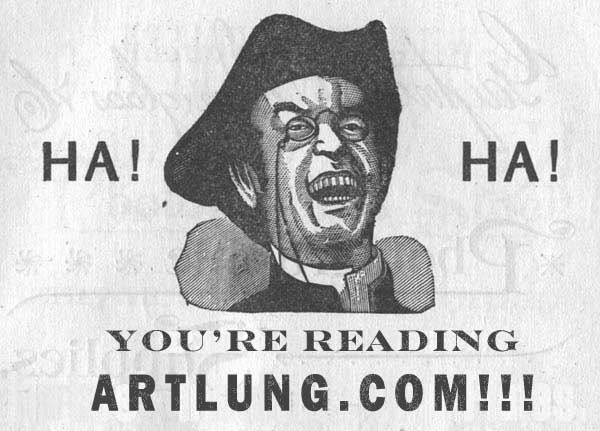 Read more about news in a recent article by the founder of Fark, Drew Curtis: Why the media passes off bunk as news

Joe Crawford posted this 16 years ago.
What else did he post in March 2007?
The Date

Experience in Web Master
Record Receivables Outstanding… Now where are they?