Passing along a neat promotion. If you’re a stew/negro problem fan who can get to New York, check it out!

SEE PASSING STRANGE FOR JUST $35 AT THE PUBLIC THEATER!

“A terrific show…a musical in the guise of a concert…pulsates with the sounds of pop, rock, funk, punk, gospel, folk and New Wave…Music that feels authentic-a rarity in this world of shiny, corporate musical theater.”
-Oakland Tribune

From Los Angeles to Amsterdam to Berlin and back, PASSING STRANGE takes musical theater on a whole new trip. From singer-songwriter and performance artist Stew comes PASSING STRANGE, a daring new musical that takes you on a journey across boundaries of place, identity, and theatrical convention. STEW, a popular performer at Joe’s Pub, was commissioned by The Public to develop this moving and hilarious story of a young black bohemian in search of self and home who charts a course for “the real” through sex, drugs, and rock and roll. A co-production with Berkeley Repertory Theatre.

*Conditions: *Black out dates may apply. Offer in not available on May 8 or May 10. Offer is subject to availability and prior sale; not valid on prior purchases; cannot be combined with other discounts or promotions. This offer may be revoked at any time. Performance schedule subject to change without notice. Limit 8 tickets per order. No refund or exchanges. Telephone and online orders are subject to standard service fees. Offer Expires 06/03/2007.

Rush Tix
There will be a limited number of $20 Rush Tix available at the box office for every downtown theater performance on sale to the general public one hour prior to curtain. Limit 2 tickets per person. Cash only.

Student Tickets
$25 tickets are available for advance purchase at the box office for every downtown theater performance on sale to the general public. Must have a valid student ID at the time of purchase. Limit one ticket per person.

Full Price Waiting List Tickets
On the day of a sold out performance, we will take a waiting list for full price tickets in person at the box office. The waiting list will be called no earlier than 1/2 hour before curtain. If you are called and not in the lobby, your name will be removed from the list. While tickets occasionally become available in this manner, we are unable to make predictions or guarantees.

The Public Theater and Berkeley Repertory Theatre gratefully acknowledge The National Endowment for the Arts for its support of this production. Passing Strange was developed with the help of the Sundance Theatre Lab, the Stanford Institute for Creativity in the Arts, the Multi-Arts Production Fund-a program of Creative Capital supported by The Rockefeller Foundation, and the Jonathan Larson Performing Arts Foundation.

Bank of America is the proud Sponsor of the 2007 Season of Shakespeare in the Park.

Time Warner is the Supporting Sponsor of The Public’s 2006-2007 season. Leadership support is provided by Dorothy and Lewis B. Cullman and Carole Shorenstein Hays. We are also deeply grateful to The Doris Duke Charitable Foundation for its leadership commitment to The Public Theater’s Endowment Fund in support of new work.

Major support is provided by The Shubert Foundation, The Ford Foundation, The Carnegie Corporation of New York, The George T. Delacorte Fund at the New York Community Trust-Fund for Performances at the Delacorte Theater in Central Park, Warren Spector and Margaret Whitton and The Starr Foundation. Pepsi is the official beverage sponsor of The Public Theater.

Joe Crawford posted this 16 years ago.
What else did he post in April 2007?
The Date 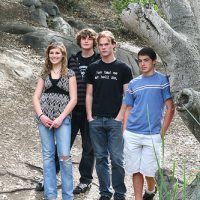