Terrorism is an inverted lottery

“Eventually, I would say it’s almost inevitable. Not immediately, because there is no need. The last one is still working. In some strange way, [for terrorists] anything that was less than 9-11 won’t do. Anything less spectacular just won’t do.

“How terrorism works in the broadest sense really is the inversion of the psychology of the lottery. The paradigms of asymmetrical warfare are such that one of the defining and unchanging characteristics of the terrorist is that he has very, very little in the way of stuff to work with. He can’t really do much. He can kill a few people. He can knock down a few buildings in New York. But if he does it in a terroristically effective way, and if the society he does it to responds in what to the terrorist is the optimal way, everybody in society feels threatened. In spite of the fact that the odds of any given individual being done in by a terrorist’s bomb are about the same odds of that individual winning the lottery.

“Terrorism is a con game. It doesn’t always work. It depends on the society you are playing it on. It certainly has worked with the United States.”

terrorism william-gibson
Joe Crawford posted this 15 years ago.
What else did he post in October 2007?
The Date 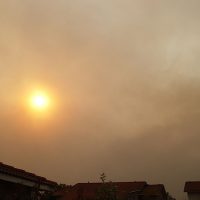