I’ve spent some time yesterday compiling a list of users groups here in Roanoke, Virginia. I’ve placed that at http://artlung.com/techroanoke/. When we first arrived here in late November I was quite happy to have found the Roanoke .NET Users Group, though the fact that I’m not particularly a Microsoft developer is a hindrance to my full enjoyment. That group does have what appears to be an awesome Code Camp coming up in March, but again, the technologies they’re using don’t (yet?) get me fired up. I have done a fair amount of work with SQL Server, traditional ASP (Yes, I can write VBScript and even server-side JScript!). I’ve gone through the basic tutorials with .NET, and I’ve played with Mono. None of these are my main expertise.

I went looking for groups on the web, and found not much, really. So I started peeking around on twitter, following searches for “Roanoke” and “Blacksburg.” I poked around at the folks doing the twittering. I’ve done similar searches for outlying towns and cities. In the course of all this searching I’ve found some frustration–events in Roanoke are straightforward enough, though there are mentions of a Roanoke Alabama, and Roanoke Texas which can get in the way. Blacksburg is great as a search term, but “New River Valley” or even just Virginia Tech are better searches for that area. One of the biggest boosters of local tech uses the term NewVa Technology Corridor, representing “Roanoke and Blacksburg, VA.” I think the term “NewVA” is a terrible term, and nobody uses it. Blacksburg groups are usually just “VT,” and in searches sometimes Roanoke events get tagged as “#rke“, which is a contraction that I’m not crazy about, but people use it, so who am I to argue with taxonomy.

But through searches, and with some wonderful assistance from some local folk, again via twitter, I have come up with what I think is a pretty good list of the local stuff (Roanoke is where we are, Blacksburg is 36 miles away), as well as other areas within striking distance. Harrisonburg is 110 miles away, though I made that list last because so far the groups I’ve found are all have “Shenandoah” in their name and not Harrisonburg. I hope that does not offend the late Thomas Harrison overmuch. Charlottesville (120 miles away) has a few groups, including what seems to be a quite active Social Media group. The North Carolina Triangle (170 miles away) is the most interesting and most difficult to search for. The Triangle encompasses several cities, and is immediately adjacent to The Triad, but don’t get them confused. I have more work to do in separating out where these different events and groups are in NC. Richmond (190 miles away) has a few, and have a WordPress Camp coming up in the Summer. Charlotte (198 miles away) was not on my radar at all, but has quite a few groups of interest. I completely missed Charlotte in favor of Washington DC / Northern Virginia (240 miles away), where I have a few friends, and of course my sister lives there, but Charlotte is the area that I know the least about, other than flying through there many times on my way to Roanoke or Charlottesville. Baltimore (278 miles away) is about as far away as I want to get, list-wise, and there I just have BarCamp, because that’s my interest. I had to stop somewhere.

It vexes me that there is not a more complete regional cross-group listing, but I understand all too well the reasons for it. When I ran websandiego, groups waxed and waned as their leadership changed. It takes hard work to keep a “meet in person” group going. I have a great admiration for the way 12-step groups manage to keep regular in-person meetings going. They pare down the required fees, materials, culture to the minimum, and have sustained for many years. People come and go but the groups sustain themselves. My wish is for a similar kind of scenario for BarCamp. I’ve seen BarCamp’s be less functional because there was no real structure to keep the needs of the event first, which put pressure on the organizers, more pressure than was healthy.

Users groups tend to have more overhead–sponsors and giveaways and a regular meeting space require hustling and phone calls and “extra work” that can be hard to do.

So for posterity, because I presume people will search for Roanoke Users Group and get this page, here’s what I have so far. The full and up-to-date list will live at http://artlung.com/techroanoke/:

Joe Crawford wrote this Saturday January 16th 2010 at 10:44am That was 11 years ago. The Date 2 comments tags→ barcamp codecamp community Roanoke users-groups Virginia

Joe,
Thanks for profiling some of the resources in our region for techies. If you are interested, I’d like to get you involved with one or more of the user groups coordinated by the tech council. We need people like you that have experience coordinating these groups. If you have the time and interest, please get in touch with me.
Thanks,
Cory Donovan 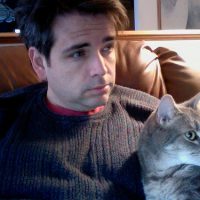