Psst… just between you and me, can I tell you about a new webcomic I think you should look forward to?

I’ve known Brett Jackson since sometime in the 20th Century. At the time I believe he was the prime mover in the San Diego Macromedia Users Group. He is soft-launching a webcomic, and I did theming and customization. The site looks beautiful, and I’m looking forward to the new comics every week! You can subscribe to the RSS feed and get the new ones. 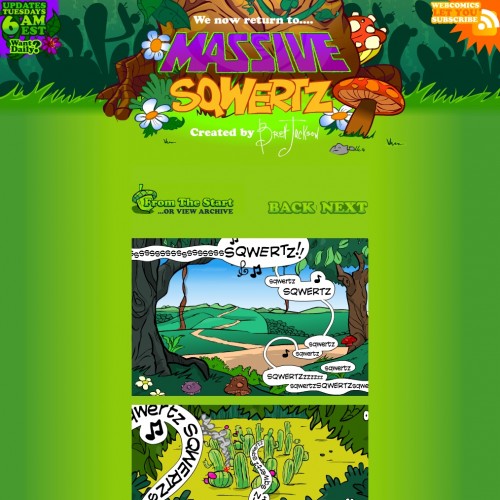 It’s a beautiful design, and it was fun to turn into a WordPress theme.

Brett’s always been a nice fellow, a helpful fellow, and he has the distinction of creating a drawing (a ribald caricature) that, inexplicably, is one of the most popular items in my flickr account: 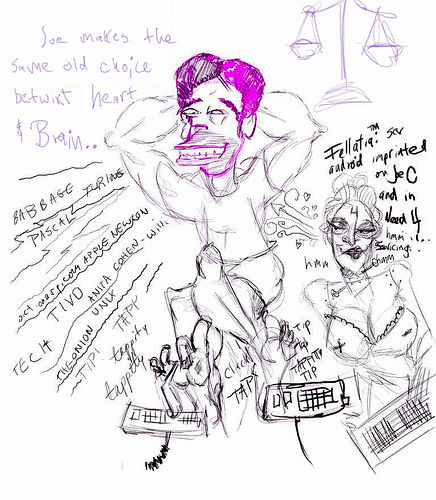 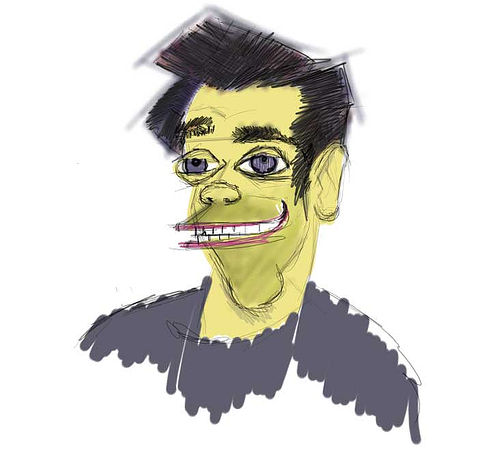 And today, I have a new image, not for flickr, but for me. In thanks for my work on the theme, Brett has given me the first ad! I dig it the most. That hat is pretty much exactly how my hat looks. 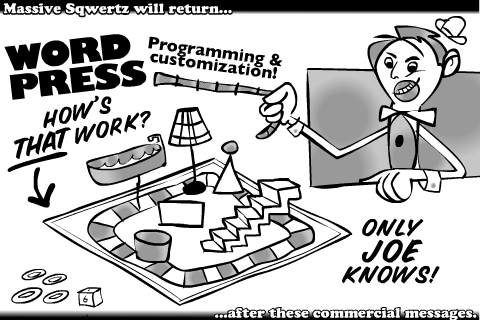 I love the ad, and I’m looking forward to more comics from Brett! That url again is http://www.massivesqwertz.com/.

(Also, I’ll probably post about some of the tricks I employed on the site, but that’ll be for another time. If anyone is interested in speccing out a webcomic WordPress theme please get in touch. I have some ideas but I’d love to hear what webcomics folk like in terms of themes)

comics screenshot webdev wordpress
Joe Crawford posted this 13 years ago.
What else did he post in April 2010?
The Date