The Blight of Guantanamo

Guantanamo continues to be a blight on the reputation of the US and a corrupter of our professional military. If it does not operate according to the laws and ethical codes of the United States, then what, exactly does it stand for?

In letters the American Nurses Association made public on Wednesday, the organization of 3.1 million registered nurses asked defense secretary Chuck Hagel and the chief of naval nursing to spare the anonymous Guantánamo-based nurse any disciplinary measure, as the nurses’ professional code of ethics enshrines a right to “make an independent judgment about whether he or she should participate in this or any other activity”.

“A nurse’s primary commitment is to the patient,” reads the letter, dated 17 October and first reported by the Miami Herald, which in July broke the story that a Guantánamo nurse, apparently for the first time, refused to participate in the force feedings.

healthcare nursing politics
Joe Crawford posted this 8 years ago.
What else did he post in December 2014?
The Date 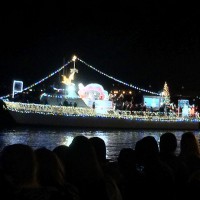