The link disbursement continues! Another 25 or thereabouts links for your enjoyment.

Joe Crawford wrote this Wednesday December 17th 2014 at 3:03am That was 7 years ago. The Date Leave a comment tags→ misc tabsweep.txt 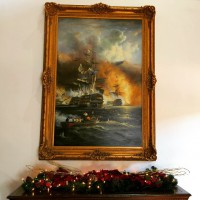