In 2010 I was living in Roanoke Virginia. I felt frustrated by the lack of a central place to go to see what was happening with local technology users groups – there was great stuff happening on a regular basis associated with Virginia Tech, and with the local .NET group but there was no single place to find out what was happening. I’d seen central listings in cities like San Diego and Los Angeles and Washington DC — sdtechscene.org is still excellent at this.

So I built it: noke.us, for myself more than for anything else. But what I failed to do was build community support or interest for the thing. Ultimately in person users groups and meetups depend on community support and once you know the ones you like maybe you’re not interested in broader events?

What I built was a solution in search of a problem. And for Roanoke, it was really just for me. Never got traction.

More, I think what I built was rather too dry. I could have made it way more fun and interesting. How? Well, that eludes me. 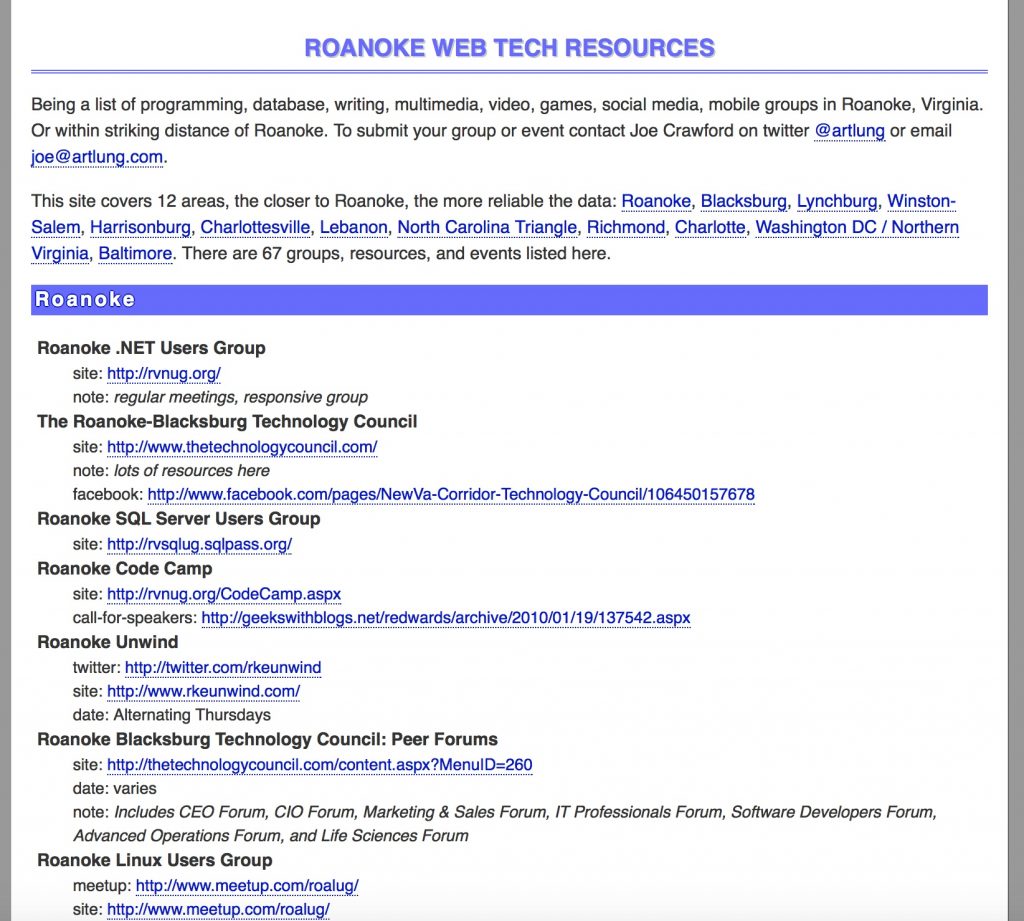 So the other day I put the whole works on GitHub. In theory this means people who are interested in contributing, can. I’ve gotten some retweets from local boosters which is gratifying.

I’m not sure what will come of this, but I feel bad for this well-intentioned project which went nowhere. I love the domain name — “noke.us” – as in The ‘Noke.

I have groups listed for Roanoke, and also for outlying towns and cities – Blacksburg, Charlottesville, even stuff in the Triangle down in North Carolina. It’s not a huge deal to drive for a good event. I know I’ve driven to San Diego from L.A for a good event, and vice versa, and that’s 100 miles.

And I had fun coding it – I used Markdown to store the individual groups to make it straightforward for anyone to use the data.

Not all projects succeed. But maybe another idea or inspiration will emerge from the crowd and something will come of this notion I had those years ago.

blacksburg Charlottesville markdown noke.us Roanoke tech events
Joe Crawford posted this 5 years ago.
What else did he post in March 2018?
The Date 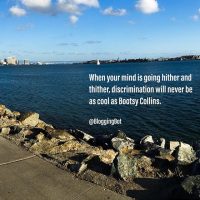 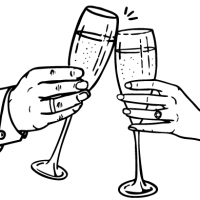