In July 1999–or rather 01999 as Long Now would write it out–I designed an entry for the Viridian Couture Contest. The design brief can be read here, here are some excerpts:

(((The natural question then arises: what should really wealthy, technically proficient, middle-aged people dress like? What kind of clothes will garner them the rewards incumbent on their age and station: the best seats in restaurants, obliging hotel staff, admiring glances from demimondaines half their age, and so forth? They certainly don’t want to dress like bankers. They don’t *look* like bankers. These are tubby, Dilbert-shaped characters, their eyes shrouded in cokebottle lenses from years before the monitor, guys with fuzzy programmer’s beards, carpal-tunnel and unfocussed stares, who laugh aloud at injokes about the structure of UNIX.)))

(((Therefore, to meet this obvious social need, I propose the new Viridian Couture Contest. We’re going to specialize first in male fashion, a distinctive suit of “Computer Formal” clothes for “Mr. Computer Casual.” It’s a heartening sign that Mr. Potter vaguely realizes how badly dressed he is, but he can’t resolve this problem alone. Only a true-blue nerd would think to name his clothes after chunks of hardware (‘motherboard’ indeed).

And because I’m on a run of importing more of the static page of my site into WordPress, here’s an updated link: artlung.com/viridian-contest/couture

It’s good to have friends with a long memory. My pal Chris sent me an email back in January:

Subject: The CitySuit v.1.0 is Here! Just for Tech Oafs? Or Sensible Trendsetters Too?

The Ungainly Techie PPE of Tomorrow–Today! (?)

You really nailed this one; good show, sir!

(Me being who I am though… part of me actually thinks some of these are kinda cool. At least on aircraft. Things can happen on planes, y’know. It’s an added excuse to wear a helmet.)

Does this have to be nothing more than a priveledged-class doofus fashion statement? Or could they perhaps just be good smart sound scientifically-backed personal protection? For both oneself and those around you? (People actually really are still dying, Seth…as never before. Isn’t $299 but a small price to pay if it can really save someone’s Nana’s life? Or your own? And who the f*ck cares how it looks, or what “message” it sends, as long as it actually works?)

Personally, I’d like to see some more testing data on these. Surely though, I’d think they offer a much more comprehensive solution than a thin permeable cotton fabric mask, no?

Here was my reply at the time:

Well, ain’t that something. Looks like the press was last year. Not an exact match but pretty close, form following function.

I’d like to point out that the exhaust for a device like this needs to be very carefully handled. There was a person who wore a positive pressure novelty Christmas suit (I think snowman?) to a hospital making the rounds? Turns out he had Covid and the device acted as a superspreading propellor of virus. Oops.

Air! How does it work!

The inflatable suit was a Christmas tree and it was in San Jose in December 2020. An outbreak has killed one, infected 43 at California hospital. An inflatable holiday costume is likely to blame, officials say.

Depressing as that is, carrying around our own private air in a stylish hollow bean does seem like a solid idea. I kind of love that I put a smiling Al Gore inside the suit. 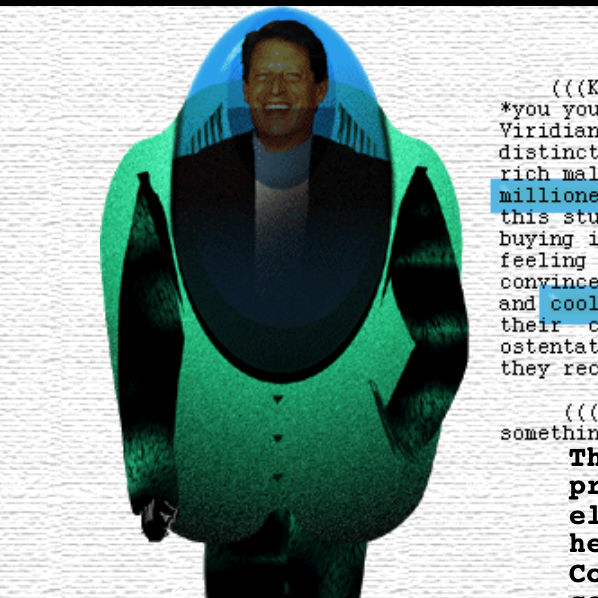 My description at the time was:

The executive of the future requires protection of all kinds: from the elements, from those who would wish her or him ill, and from netattack. Continuous conferencing and communications are available via heads up display and hand gesture macro language.

The CITYSUIT provides continuous net access, bioactive climate control, and terror countermeasures. Utilizing new biologically active technologies, what once required a hundred point NASA EVA suit can now be replicated in a suit with the mass of a typical 20th century three-piece suit.

You’ll look chic, be protected from the devolving atmosphere, and be safe from the teeming mobs, all while never being far from your e-mail, sysadmin, press corps. staff and of course your loved ones!

covid design respiratory viridian Viridian Design Movement
Joe Crawford posted this 6 months ago.
What else did he post in November 2021?
The Date 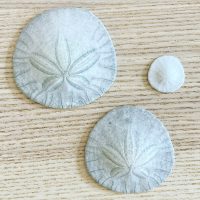 When the tide is low it’s easier to find sand dollars (this is Dendraster excentricus, native of my coast, from Alaska, to Washington, and Alta California (where I live) and down to Baja California)
“I took the trolley to @ucsandiego and UTC” is a super futuristic sentence! with @hellokellykuhl & @ilovecomput3rs ! Thanks @sdmts! 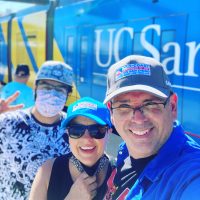