Quote of the Week

This post: Only Scale, from Dubious Quality (who I’ve been reading for a decade or more):

Morality is never rewarded in this country, only scale.

Just think about that for a moment. Is doing the right thing ever even discussed? Not really. How often do you see a CEO get rewarded for taking a moral stance on anything? Scale is rewarded, though, and massively. Just grow so big that you can crush everyone else, no matter how you do it, and you’ll get paid.

This is something I think about all the time. This is why despite being relatively successful in this country I can see the disparities and the way systems seem not to really be oriented to fairness, or justice, or truth. How those who are unfair, or unjust, or who lie can nonetheless prosper in the US (and the world).

It’s because that’s how the system is (mostly) set up.

For me, the disjoint came early. I worked in medicine as my first significant job: the “lung” in “artlung” is about my having worked as a Respiratory Therapist. I worked in intensive care units, and in ambulatory care, and long term care. How are you going to make a profit taking care of people? There’s no profit to be had in comforting the dying. So: nonprofit as a way to organize that enterprise makes perfect sense.

Joe Crawford posted this 1 year ago.
What else did he post in January 2022?
The Date 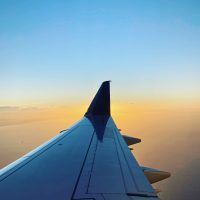 This morning I connected to my cross country flight to Virginia via LAX. I saw the dawn. I saw places that mean a lot to me. There’s my apartment! On the hill behind it was where my high school once stood, now replaced by condos. There’s Mission Bay where I’ve swum and kayaked and not-successfully windsurfed and jet ski’d. Beyond: Navy housing we lived in when I was a teenager. Had I been on the left side of the plane I’d have seen my favorite spot: Mission Beach Jetty. But take a beat on my right is former favorite swim spot La Jolla Cove. Shores. Del Mar. Solana Beach where I worked at failed dot com EduPoint. Orange County. Los Angeles County. Beaches, apartments; jobs and job interviews; car accidents, fights, train rides, romance and catastrophe. Southern California is my home; imbued with meaning. Onward.
Any water left unattended out-of-doors here in Northern Virginia—freezes. 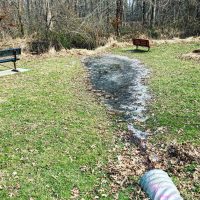