My Grandfather always read the paper. He kept up on the news. I don’t think he ever set down to read anything on the web in his life, but he was a man who would get the paper. When I was a teenager and into my twenties I also had this tradition. As a teen I would be sure to buy the LA Times, because I was a little snotty about LA being the “real” city.

When I lived on my own in Charlottesville, Virginia — this was 1992 to 1994 — Sunday mornings, often after working the night shift, I made it a point to buy the Sunday papers: The Daily Progress, The Washington Post, and The New York Times. Staying informed was how I looked at it. I think there was a thread between my purchases of the paper and the example set by my Grandparents. I can’t really articulate it, other than to say that staying informed was important. How else would you know what’s going on?

Now everything has changed for newspapers and news. One of the things we have lost is the tradition of the obituary. A printed obituary no longer means what it once did. Well, my Grandfather is now here in the paper. Living in Moorpark, I would have to drive down to one of LA’s many newsstands to get a copy, but instead I can get it on obituaries.signonsandiego.com. I’m told though, that it will only be online for 365 days. The site says “(Obituaries online 365 days. Guest Books online 30 days, unless sponsored.)” I find that particular aspect of the obituaries particularly stupid. Once the entry is there, why would it not stay there forever? It’s antithetical and nearly offensive to my “web” sensibilities that it would disappear.

In 1998, on a page which 11 years later is still there, Jakob Nielsen wrote Web Pages Must Live Forever, which is a sentiment, a belief, a DOGMA I have as well. There are efforts like archive.org and Archive Team, sure, but I like to try and lead by example with regard to web pages. Put them up, and keep them up.

In that spirit, I repost my Grandfather’s obituary here today, for what reason? Do my readers really want to read about a man they do not know and will never get to meet? No, but I want it here, because otherwise his obituary will disappear from the web, his page will die, and that is something I cannot cotton to.

CRAWFORD, JOSEPH JAMES Joseph James Crawford, 91, of San Diego, passed away on Friday, September 11, 2009, in his Clairemont home. He was born in Minneapolis, Minnesota, on September 4, 1918. He was the third of four children born to Frank and Mary Crawford. He is survived by his beloved wife of over 64 years, Jean. They met as Omaha neighbors in their youth as Jean was his sister’s best friend. He is survived as well by his six children, Jim (Phyllis) of Roanoke, VA, John (Karen) of Dunwoody, GA, Jody, Joanie, Jeannine Eddy (Lee) and Jacqui, all of San Diego. He was also so proud of his grandchildren, Joe (Leah), Kelly (Daniel), Katie, Jessica, Bud, Jonathan, Michael and adopted grandchild Candi Lewis of Australia. He is survived by his sister, Mary, and brother, Bill of Omaha as well as many nieces and nephews. He will miss his faithful dog, Duchess, as well as his horse racing buddies; “adopted” daughter Helene Kelberg, Flo Thomason, Wendell Larson and Larry Smith. He was a retired Navy Chief Quartermaster who enlisted in the Navy in his teens. He was decorated for his service in World War II and was involved in many key battles in the Pacific, including the Battle of Leyte Gulf. He served during the Korean War as well. He also was a mailman in San Diego for many years, making lots of friends among those on his route. He volunteered at St. Catherine Laboure’s bingo program. His generous, loving spirit, curiosity and love of life have endeared him to all who have been touched by him. A Rosary will be held October 15, 2009, at 7 p.m. at St. Catherine Laboure Catholic Church. A Mass will be given on October 16th at 10 a.m. at St. Catherine’s followed by a Military service at Fort Rosecrans National Cemetery at 2 p.m. A Celebration of Life will be held at Mt. Soledad’s Veterans Memorial in La Jolla, CA on October 17th at 11:30 a.m. followed by a reception at the Crawfords’ Clairemont home. Donations, in lieu of flowers, may be sent to San Diego Hospice who kept him comfortable in his last days. Or, pass on a hug or do a good deed for Joe.

Joe Crawford wrote this Sunday October 4th 2009 at 7:50am That was 11 years ago. The Date 4 comments tags→ family joseph-james-crawford memories

that is actually one of the best-written obituaries ive read. sorry for your loss- your grandpa sounds like a really interesting guy. 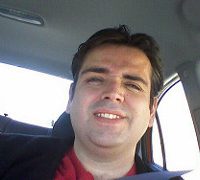 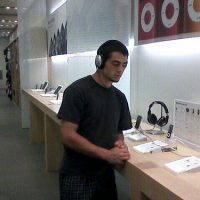