Seeing a friend “checking in” on Facebook to New Orleans reminded me of just how much New Orleans means to me.

We lived there for a few years when I was a kid. I went to several Mardi Gras. Including one during which I got lost and was found by National Guardsman. I was 11. And only reluctantly was found. That parade was awesome.

(Aside: when I was 4 years old I got lost at Cinco de Mayo in downtown L.A. — I wandered around perfectly happy… when I was found and brought to my mother Phyllis, who was frantic no doubt since I was missing more than an hour — apparently 4 year old me told my Mom — “Mama, you got lost!”)

I loved man things about that part of the country. Mardi Gras, Walking along canals. White shells as ground cover. The Jazz & Heritage Festival. Crawfish boils. Muffalettas. The local kids made my nickname “Crawdad” or “Crawdad” or “Crawdaddy.” What other nickname would you give to a kid with the last name Crawford when you live within a mile or two of the Mississippi?

My family loved Red Beans and Rice, particularly my father James, and once we lived there we went to Buster Holmes‘ famous restaurant. Wonderful food. Mom smuggled out some extra french bread out of the place one time when we went. 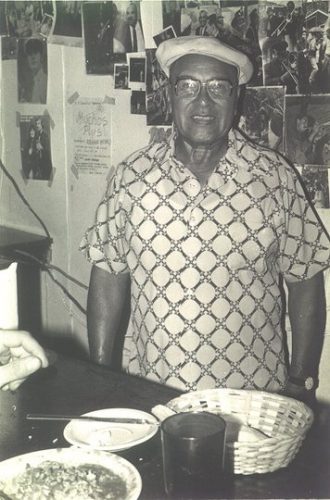 This photo of Buster Holmes — well, honestly I can’t remember if we saw or met him at the restaurant — but it makes me nostalgic nonetheless.

Buster appeared on SNL once. I hope somebody encodes it at some point.

Pick through beans to remove any rocks. Wash beans and cover with water. Add onion, bell pepper, ham hock and garlic. Cook on slow fire until done, about 2 hours. Add salt, pepper and margarine and cook 5 minutes. Serve on rice with Louisiana hot sauce and French bread and butter.

Joe Crawford wrote this Thursday October 6th 2016 at 11:57am That was 4 years ago. The Date Leave a comment tags→ buster holmes memories new orleans recipies 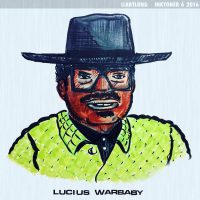