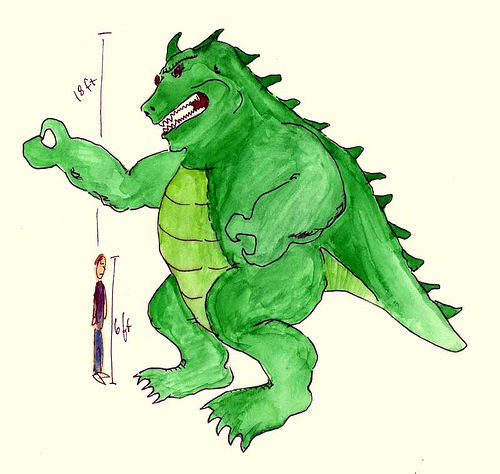 I used to go to a lot of art supply stores. You know, to browse.

I would look at the foamcore, and expensive watercolor paper, and acrylics, and fancy pens, and exotic inks, and lust after them. Oh, and the exotic “letraset” sets. Man there were some really cool things that I just /knew/ would help me make the best thing ever.

I definitely made some cool stuff. But items like this, it’s like I’m working on the behind-the-scenes work that needed to be done to create a comic, or an animated film or a painting. Why do we need to see the monster and see that he’s 18 feet tall compared with the man, who is 6 feet tall.

There’s something about my mania for architecting things, rather than really building things. It’s a habit I have that I have great and interesting ideas, and sometimes even say things that are visionary, but I never quite do anything with them.

In 2000, I started saying “the web is not a screenshot” which some people on mailing lists thought was insightful. For a long time I intended to write an insightful essay about how the web works, and what makes it great, and that we should not be so fixated on pixel-precision when it comes to the web. I regret never having put these thoughts down, because it was something that needed saying. The needs of the web its users have moved on, but I wish I had contributed that.

That said, I am very proud of my contributions to websandiego.org and to the web standards project. WebSanDiego, after all, still lives. I have built many cool things and I am happy to have worked on them.

I was talking about the piece here. So I /like/ this piece very much. Though I feel it represents the incompleteness problem I have with finishing what I start, I do like it. I like the look of the monster here. He has a quality I like.

But as you’ve seen in the drawings so far, I have many individual figures, and not so much in the way of complex compositions and interactions between those figures. This is a shortcoming I hope to rectify in the years to come as I develop as an artist and illustrator. I do consider myself to be those things, although I do not claim to be great at either. I do intend, though, to continue along the path of development in these talents. I mean, “art” is my middle name, no? It’s also the front half of this domain.

It’s 11:30 at night. It’s been a long day, I’m tired. Thanks for listening. Have a great weekend and Fourth of July Holiday.

Yeah, that’s a discipline I have not developed and practiced.

One of the hardest things for me was moving through a process when doing a drawing, i.e. starting from a sketch or photo and then moving through refinements and through to shading and color. School really helped me with this… 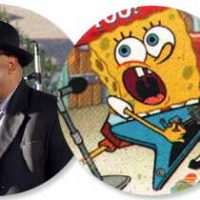 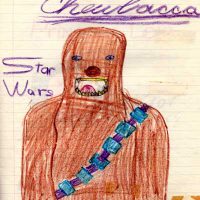