I know I’ve been all introspective and it’s all about me and all lately, but this is too _cool_ not to share.

Stew (& Heidi, he says “we”) wrote a song for the SpongeBob Squarepants TV show!

It’s a little thing called “Come Home Gary,” here’s what the man himself said on the negroproblem mailing list:

yo,
spongebob thing is sposed to happen in november… i think. his snail runs away from home and we wrote a song called “gary come home.”
/s

How damn cool is that?

I know I shouldn’t swear in here, but that’s exciting stuff. And yes, Leah, I am a fan, and I’m not ashamed of that.

I am such a fan of Spongbob. The most stress he has ever given me was trying to find that song, “Gary come home” that was sung in the episode where gary runs away.

But spongebob is SO kewl!

does anyone know the lyrics? I really have to know.

no one ever has to be ashamed of being a fan of spongebob square pants. 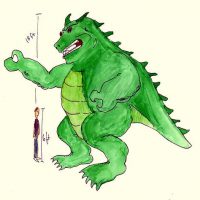